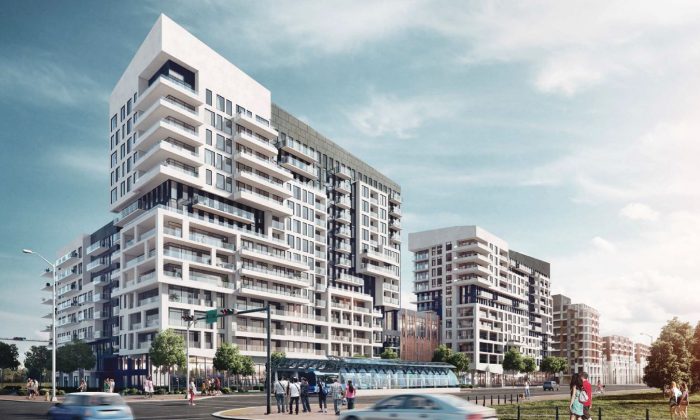 Last year was a banner year for Toronto’s real estate market, with record-setting prices and robust sales. Barbara Lawlor, president and CEO of Baker Real Estate Inc., predicts that the Year of the Monkey will be another vigorous one for the GTA market.

Baker is a premier firm in project marketing and sales of new residential and commercial condominiums, new homes, hotel condominiums, and master-planned communities. Recently,Lawlor and two other Baker principals, Jeff Clark and Harley Nakelsky, sat down for an interview with the Epoch Times.

“We had a very strong market in 2015, the third strongest of the decade, and I expect more of the same in 2016. The fundamentals are strong,” Lawlor says.

Those fundamentals include robust immigration, continuing low interest rates, and the fact that people are still interested in buying real estate despite Ontario’s challenged economy. With the price gap widening between low-rise and high-rise units, condos will be the big sales story, especially in the city.

“People are reaching for home ownership, even if it’s a 350-square-foot condo,” says Lawlor.

“The only choice for the first-time buyer is condos,” adds Clark.

While many buyers are looking to purchase a home of their own, the investor buyer is also an important factor in the Toronto market. Real estate as an investment grew in 2015. While five years ago, an investor may have bought real estate to flip, they now buy to hold, Lawlor notes.

Although most investor buyers are local and live in the GTA, Lawlor says they have deep attachments to their countries of origin. Chinese investors comprise one of the strongest segments in the market currently and she predicts that trend will continue.

Downtown remains a desired location for buyers, but the east side of Toronto has also been hot with sellout after sellout, including at Canary District, East United, Riverside Square, Monde, and X2.

Farther east, Lawlor says Scarborough is a hot neighbourhood, citing the suites at Harmony Village which just started construction as an example. There is still a lot of growth potential there, prices are much more affordable than downtown, and it’s been popular with Asian buyers.

Transit is a key driver in up-and-coming neighbourhoods such as Yonge and Eglinton, where Lifetime’s Whitehaus Condos just launched and 2221 Yonge started construction, and Don Mills and Sheppard where Elad continues to expand its Emerald City master-planned condo community. The up-and-coming areas for new growth will be those slated for expanded subway and light rail transit service, says Clark.

In Markham, public transit and the announcement of a new York University campus to be built there has fuelled interest in York Condominiums in Downtown Markham, a popular site with with Asian buyers.

While location and price remain at the top of most buyers’ lists, Lawlor says transit, architecture, and amenities are also factoring into their decisions. Good access to transit and high walk scores are important for investor buyers, she adds.

With people relying less on cars to get around and buyers desiring walkable neighbourhoods, condo developers are offering less parking or no parking, while Lawlor predicts we’ll see more car share services and more storage for bicycles.

With affordability causing condos to get smaller, Lawlor says there is greater efficiency in suite layouts and more inventive storage ideas. Sophisticated condo amenities such as entertaining spaces, guest suites, movie lounges, and outdoor terraces are providing condo dwellers with “a very rich life, better than living in a hotel,” she says.

Stacked townhouses are becoming increasingly popular for those who want the feeling of a low-rise home but without the high cost. There is “tremendous interest” in this type of housing, says Lawlor, which will be coming to GTA neighbourhoods such as Yonge and 16th Avenue in Richmond Hill, Burlington, Mississauga, and Etobicoke. The Burlington stacked townhouses are part of the 800-unit StationWest community by Adi Development Group with connectivity to the Aldershot GO station.

These homes appeal to a mix of investor and end users. “They like the idea of stacked townhouses, as there is no elevator and low condo fees,” says Nakelsky.

In the city and its nearby suburbs, master-planned condo communities with multiple residential towers and a mix of office and retail space will be prominent: Downtown Markham, Canary District, and Riverside Square are just a few examples.

“There is no more land for big low-rise developments. It’s the future of our cities,” says Lawlor.