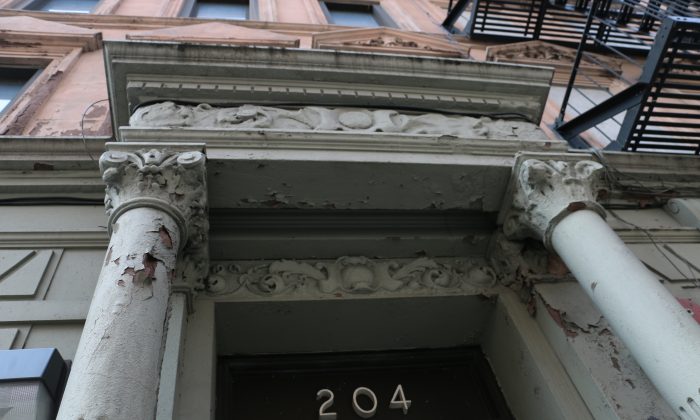 “Housing conditions have become a laundry list of tenant frustration, from broken windows and peeling paint, to faulty heaters and scurrying rats,” said Comptroller Stringer in a statement.

Using survey and census data, the comptroller’s report noted many flaws in the public housing system as compared to the rest of New York City housing.

From 2002 to 2011, the percentage of public housing apartments with at least one deficiency soared from 60 percent to 79 percent, while 99.8 percent of all housing was in sound condition.

While the number of children with dangerous blood levels resulting from lead paint poisoning dropped by 58 percent, broken plaster and peeling paint in public housing doubled from 2008 to 2011.

The report found that NYCHA needs at least $18 billion to repair housing.

“After decades of lack of investment and pushing these priorities aside, now our most vulnerable housing in the city, is the housing that poor people live in,” said Stringer at a press conference Monday.

“The fact that public housing lags so far behind other housing types in New York City is ironic considering the original mission of the New York City Housing Authority,” the report stated.

NYCHA dismissed the report, stating that they’ve heard it before.

“The comptroller just took the report from the HPD website. This is old news, it’s been sitting on that site for ages. The mayor has given us tons of capital funding,” said Joan Lebow, a NYCHA spokeswoman, adding that with the new funding, the NYCHA can pool hundreds of millions of dollars into contracts to fix roofs and bricks.

Repair time has also decreased from 108 days of maintenance work in 2013, to seven days in 2014 so far as of Sunday, according to the NYCHA’s data.

A similar exchange occurred in July, when the comptroller audited NYCHA and found that it didn’t hire enough low-income residents for their projects. In response, NYCHA called the comptroller’s data “old and incomplete.”