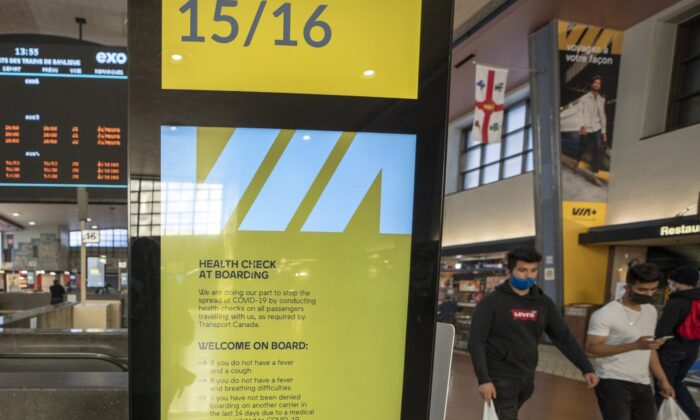 Passengers arrive at a Via Rail kiosk at Central Station in Montreal, Oct. 6, 2021. (The Canadian Press/Ryan Remiorz
Canada

Via Rail has narrowly avoided the prospect of immediately suspending services across Canada after a strike deadline was extended to Monday afternoon.

Unifor issued a 72-hour strike notice to the national rail carrier on Friday, indicating 2,400 employees were prepared to walk off the job if a new contract could not be negotiated by 12:01 a.m. on Monday.

A strike would see maintenance workers, on-board service personnel, chefs, sales agents and customer service staff all hit the picket line and force Via to pause services across the country.

However, Unifor has issued a statement on its website and social media, saying the strike deadline has been extended to 4 p.m. eastern time on Monday.

Unifor’s national secretary-treasurer says in the statement, issued Sunday evening, that its bargaining committees are “steadfast” in pursuing a deal that “respects and values” workers.

Unifor said job security was the main issue on the table during labour negotiations.

Early Monday morning, Via Rail issued its own statement, saying it is committed to reaching a fair and reasonable agreement.

President and Chief Executive Officer, Martin R Landry, also noted that with the summer travel season here the threat of a strike has created additional stress for the company’s passengers and the communities it serves.

Via has also promised to allow its customers to make changes to their travel plans without service fees for any departures prior to July 31, 2022.