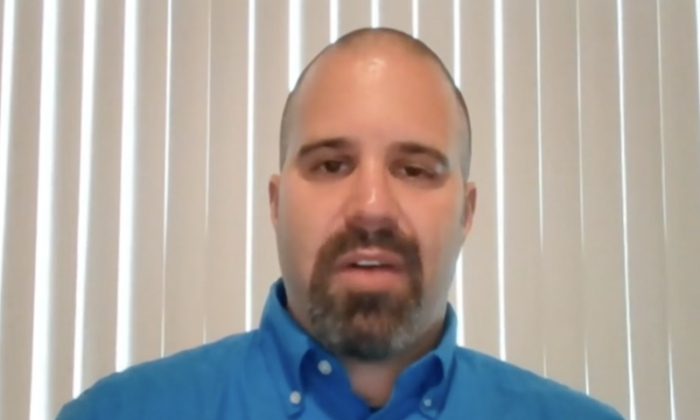 Florida Director of Gun Owners of America Luis Valdes is shown in this screenshot from an interview with NTD's "Capitol Report" program on July 6, 2022. (NTD)
Constitutional Rights

Luis Valdes, a former law enforcement officer currently serving as Florida director of Gun Owners of America (GOA), said although the state of Illinois has some of the most comprehensive gun control laws in the country, that did not prevent the Independence Day mass shooting.

“As we know with the state of Illinois, they already have universal background checks. They have their Firearms Owners Identification card requirement, which means you have to get a permit just to own a firearm,” he said. “And none of that in any way has resulted in preventing the shooting that happened.”

Robert Crimo III, 21, is accused of firing on a July 4 parade in Highland Park, Illinois, killing seven people and leaving dozens of others wounded.

By state law in Illinois, parades are designated gun-free zones, Valdes said, which only emboldens would-be-mass shooters. Anyone that could have been legally armed to stop Crimo was disarmed by the actions of the state, he said.

GOA is working to preserve and expand Second Amendment rights for lawful gun owners, and Valdes said he believes the government should not be creating situations like the July 4 parade, where a gunman can open fire and there is no way for the average citizen to protect themselves and their community.

The Second Amendment is there to help preserve individual liberties, said Valdes.

“The idea is that we kept and [bore] arms that could be useful for multiple purposes: putting food on the table, keeping hearth and home safe, and at the same time fighting a tyrannical dictatorship if needed,” he said. “The idea of the people owning military capable arms was the cornerstone of the Second Amendment.”

Valdes said he does not want to see stricter gun control laws as a response to mass shooting incidents.

“I was a 15-year veteran law enforcement officer here in the state of Florida, and the biggest and repeated instances that I’m seeing from all these events is there are multiple points of contact with law enforcement and these suspects, especially in places like Illinois,” said Valdes.

Crimo applied for a state Firearm Owners Identification (FOID) card—which is issued by the Illinois State Police—in December 2019 when he was 19 years old, state police said in a news release.

“The subject was under 21 and the application was sponsored by the subject’s father,” the news release said. “Therefore, at the time of FOID application review in January of 2020, there was insufficient basis to establish a clear and present danger and deny the FOID application.”

Valdes said he believes these laws are not stopping mass shooters and that one of the solutions would be to stop giving the shooter so much media attention and encouraging “copycat shooters.”

“You have these people that, they’re mentally deranged. The media just constantly, constantly pushes it and pushes and pushes it,” Valdes said. “And what happens? They want to emulate that, because they see that as their 15 minutes of fame.”