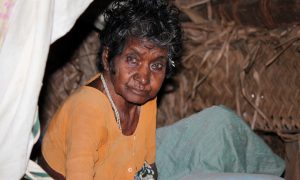 It Takes a Village to Care for the Dying: Palliative Care Project in India Attempts just That
0
Share Now
TelegramFacebookTweetEmailTellMeWeReddit
Copy Link 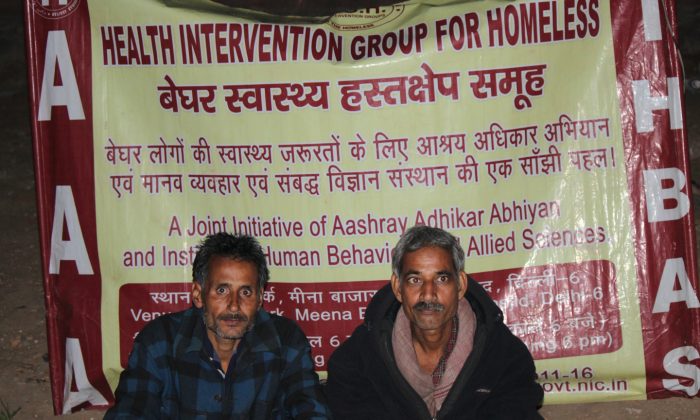 Street Clinic in Delhi Gives a Leg Up to the Homeless

NEW DELHI— Every Monday and Thursday a street side clinic for drug addicts, homeless, and the mentally ill appears amidst the clatter of hawkers and food vendors in an open-air market in congested old Delhi.

To reach the maximum number of people, the clinic starts at 6 p.m. to ensure that day laborers can come after work, and goes till 9 p.m., or whenever the last patient has been attended to.

After dark, the clinic uses streetlights, and when those don’t work, volunteers erect small, battery-powered fluorescent lights to keep the clinic going.

Unlike a hospital, this modest clinic doesn’t have wards, beds, nurses, or shiny, stainless-steel equipment.

Here the patients sign in at a registration counter made of a folding table, and then sit in a single file line on a mat to wait for the doctor, who sits nearby in a chair. After consultation, some head to another open-air counter to pick up their medicine, which is distributed free of charge.

This sparsely-staffed clinic was set up 15 years ago by an NGO and a hospital to help people without a home, a situation that itself often leads to ill-health.

Delhi has a large homeless population as more and more people come to the city to find work but can’t afford to pay for housing. And while the government started a national health insurance program in 2008 to cover people below the poverty line, it only covers “households”, or people who have a home address.

Since it started in 2000, the founders estimate the hospital has treated some 300,000 homeless free of charge.

“It’s been conceptualized very [thoughtfully]—the hospital moves to the people’s domain,” said Sanjay Kumar, the deputy director of Aashray Adhikar Abhiyan, one of the organizations running the clinic.

Susheel Kumar, 42, originally from neighboring state Uttar Pradesh, came to Delhi for work and makes his living taxiing people around the city in a rickshaw. He has been coming to the hospital every week for the last month and a half to get treatment for his addiction to pain medication.

“I once had a big boil, and my friends introduced me to drugs to forget the pain. Since then I became addicted,” he said.

That was eight years ago.

“I haven’t had drugs since I have been on medication,” he said.

Sasheel earns so little he is not able to send money to his children back home. He said he couldn’t afford the pain medication he was addicted to, let alone the medication to overcome his addiction, and might not have gotten help if it wasn’t for the clinic.

According to Sanjay, Susheel’s problem is all too common.

When the street hospital started identifying mentally-ill patients in 2000, it faced many challenges in providing them medical care.

The Indian medical system requires someone to depose for the mentally ill before they receive treatment in a hospital because they are classified as “critically ill” and often lack the rationality to make decisions for themselves.

Since many who are on the streets are not close to family or friends, this is often a barrier for them to get treatment.

It took the team of NGO’s over seven years to find a solution to this challenge, said Dr. Nimesh G. Desai, the director of the Institute of Human Behavior and Allied Sciences, the government organization that provides doctors and free medicine for the mentally ill and addicted at the clinic.

He said that once a week, a magistrate comes to the hospital where critical cases are referred to and, after examining their medical reports, can give consent for their treatment.

According to Desai, the project has been able to help almost 100 mentally ill people, who, after treatment, were able to remember who they were and reconnect with their families.

Since the hospital is in the open, volunteers must erect tarpaulin tents when it rains during the rainy season. It is hard to keep the volunteers motivated, and sometimes there are delays in the delivery of the medicine, both from the government and the drug companies. “This creates a challenge,” Sanjay said.

But the biggest damper on the project, according to Sanjay, is the lack of funding.

He added that, with a little government support, it could also be expanded to other regions, to help the roughly 1.77 million homeless in India, according to 2011 census data.

With no comprehensive healthcare system for itinerants, street clinics like this one could provide a much needed service to the most underserved people in India.