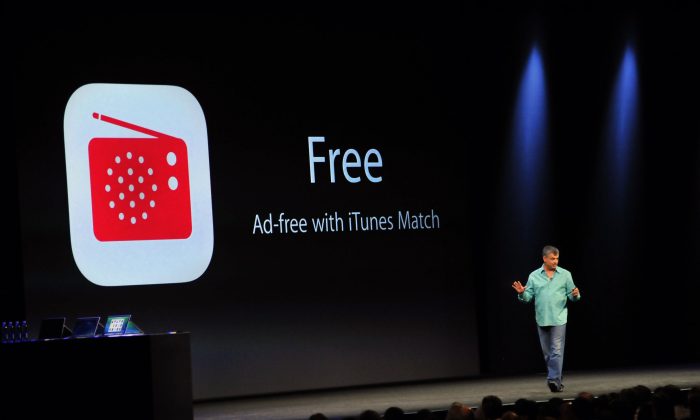 Streaming Is the New Hit in Music Industry

Technology giants Apple Inc. and Google Inc.’s move into music streaming can only be a boon for the music industry—but not everyone may see the benefits.

With iTunes and YouTube’s large user bases and the music industry’s shift from paid to access models, the general takeaway is that companies such as these should have gotten into music streaming sooner.

Apple’s iTunes Radio won’t be much of a profit generator itself, but it is a very strategic move, said Paul Sagawa, analyst at SSR LLC.

“Apple has been very late to address streaming media, arguably, by waiting so long, the company has enabled competitors like Pandora, Spotify, YouTube, and others to grab relevance in a music market that had been completely dominated by iTunes during the MP3 era,” Sagawa wrote. One of the top downloaded applications in Apple’s App Store this year was Rdio, a music streaming service combining on-demand (like Spotify) and radio (like Pandora).

Digital sales saw a huge uptick early this year, up 9 percent in the first two months according to the International Federation of the Phonographic Industry. Global recorded music industry revenues saw an increase for the first time since 1999, but it was a short-lived victory.

Digital music sales soon dropped thereafter, and continued to decline throughout the year, down 6 percent year over year by the third quarter, while music streaming continued to rise according to Nielsen data. In the first half of the year music streaming volume within the United States increased 24 percent.

“As more and more consumers engage with music content on multiple devices—in addition to discussing it on social media—smart artists and marketers are trying to capitalize on every opportunity to reach this valuable audience,” stated Nielsen’s senior vice president of client solutions David Bakula. “And so far it seems to paying off for everyone.”

The music industry—which has the lowest profit margin in the entertainment industry according to consulting firm EY—had put a lot of hope into iTunes, but whether iTunes Radio can deliver might depend on whether it can increase the size of the streaming audience pool.

Royalties and Barriers to Entry

Despite the number of streaming applications around, the cost of royalties to set up a sizable library is too expensive for newcomers to provide an experience matching Pandora and Spotify.

Pandora CFO Mike Herring has said he sees iTunes Radio as a credible threat—but claims that Pandora does music better.

“The most recent entrants have all been large, well-funded companies that have agendas outside a really awesome music experience,” he told CNET news.

Although streaming services like Spotify have come under fire by artists, both Pandora and Spotify pay a significant amount of royalties to record labels.

Last year Pandora paid around $250 million, over half of its revenues. That amounts to a quarter of all royalties paid to performers globally by radio while Pandora has about 7 percent of the market share.

Spotify pays out about 70 percent of all revenue as royalties, and has written checks worth over $500 million in the three years since its launch.

Two things serve as a competitive edge in the streaming music industry. The number of songs is one thing, but finding them is another.

While Apple boasts 27 million songs, Pandora, with a mere 1 million, has said it’s the quality of the music experience that matters.

Spotify, which has a library of 20 million songs, released statistics early this month showing that only 80 percent of its total music library had ever been played—which actually speaks well for its discovery tools considering the volume.

Pandora delivers new songs similar to existing songs its users selected, and indicated that they liked. Apple uses a similar methodology but is still fine tuning categories. Spotify is more of an on-demand music service, and discovery of new music is largely what Internet radio aims to provide.

For most streaming services, every time a user streams a song the artist receives revenue. But once a user on Apples iTunes Radio purchases a new track, Apple no longer has to pay streaming royalties.

Depending on the artist, sales could outweigh the eventual revenue, but if services like Spotify continue to grow, music fans could have a bigger and bigger say in the business model.

According to a Nielsen report, 40 percent of music fans are responsible for 70 percent of the music spending in the United States, and would spend up to $2.6 billion annually if they had the opportunity for extras.

With services such as Spotify, fans can engineer results and increase stream numbers—pushing certain tracks onto the charts and increasing paid plays—without actually listening to the music.

For instance, in the summer of 2013, fans of the band Fifth Harmony organized a campaign to “stream MMO (‘Miss Movin’ On’) on Rdio/Spotify/YouTube 24/7!” to keep it on the Billboard Hot 100 and “just mute it.” The song isn’t actually listened to, but Spotify still has to pay the royalty to the band.

Compared to those figures, Pandora had over 72 million users this month with an average of 15.8 hours of music streamed, nearly 5.5 times more than Apple’s 2.57 hour per user average. Spotify, which turned 5 years old this month, has 24 million monthly users.

If iTunes Radio isn’t bringing in new listeners to Internet radio, all it is doing is driving sales—which critics say in the long run will hurt the industry.

Ultimately Apple will be monetizing off its applications. Most analysts assume iTunes Radio will be used mainly to drive sales. The one-click purchase option for new songs heard on iTunes Radio certainly makes it easy to do so.

Despite Apple’s native applications being “inferior to the alternatives (for example Maps, calendar, iCloud, and so on),” Sagawa wrote, Apple users tend to stick to the default applications. The ability to listen to songs the user already owns on iTunes Radio may add to that, but many of these other streaming applications already exist and are well-used on iOS.

YouTube, on the other hand, boasts over 1 billion monthly users, about half of which access the site through mobile—the preferred way to stream music according to a Nielsen report.

Fifteen billion songs are already streamed per month on the Internet, and a lot of that comes from YouTube, which has been reportedly inking deals with various labels.

YouTube is close to announcing a music subscription service as well, as reported by Billboard. It’s already well positioned to do so, as YouTube is preparing to offer offline access to videos starting next month as announced in a blog post. It already offers automated playlists, and has various discovery features for new music.

Sources have told Rolling Stone the service won’t just be “Spotify-plus-video,” and while the music subscription service is sounding a lot like Google Play Music “All Access,” with YouTube there’s already a large audience.

It remains to be seen definitively what exactly YouTube will offer on its free versus premium tiers.