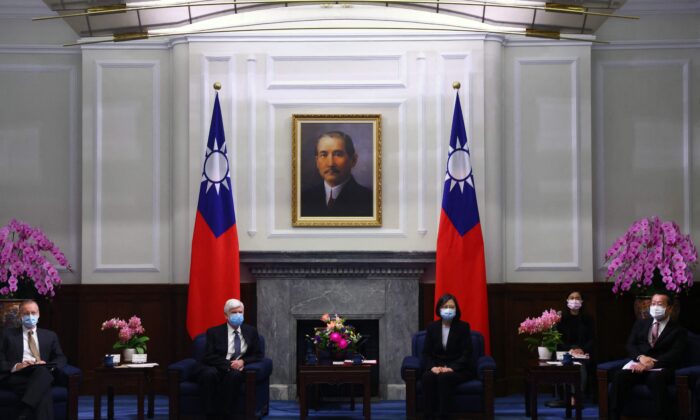 Strategic Ambiguity and Clarity: The Proper Way to Protect Taiwan

The current debate over America’s strategic ambiguity misses the best parts of both clarity and ambiguity. U.S. strategy should change to adopt them.

The debate over the proper U.S. strategy toward Taiwan remains in the news. The current conventional wisdom is that the United States must counter communist China’s aggression by being more clear in the U.S. strategic commitment to the island. Others counter that this is too dangerous and might inflame tensions in the region, and invite a war that involves nuclear weapons, which the United States is likely to lose. There is also the idea that strategic ambiguity meets the U.S. needs as it makes the Chinese regime unsure of what action will invoke a U.S. response and, thus, the ambiguity produces a deterrence. But nowhere in the discussion is the idea that the United States should combine the best of both strategies—be ambiguous in some areas while explicitly clear in others.

Many analysts like to throw around the term Cold War, but very few have identified key principles that guided foreign policy during that period. The current policy is ambiguity—designed to make both China and Taiwan act with restraint and avoid escalating tension with Beijing.

Applied to the Chinese regime, strategic ambiguity would keep American commitments flexible. The United States would already have troops stationed in forward points in East Asia, sell arms to Taiwan, reject China’s claims in the South China Sea, and remain committed to militarily supporting allies, but remain ambiguous to produce restraint on both sides.

But this ambiguity seems to treat both the Chinese regime and Taiwan the same way, which is why clarity is greatly needed. Right now, the bigger threat to peace in the region is not Taiwanese independence, but communist aggression. Ambiguity tends to favor the country that is being more aggressive. Beijing likes to pursue strategies short of warfare that will produce the result it wants.

There are times when ambiguity can help. The problem it solves hearkens back to the Cold War. The dangers were that U.S. strategic commitment to contain communism was an invitation for America’s adversaries to test anywhere and everywhere. This would bind U.S. strategic decisions lest they look weak against communism and fail to follow America’s own containment strategy. And as critics warned, it could overextend the United States in too many costly commitments across the world. Thus, ambiguity leaves the United States with flexibility in that it doesn’t always have to respond with overwhelming force to every provocation, box itself in, and exhaust itself at every communist provocation.

But clarity can help with the negatives of ambiguity that treat an aggressive China and Taiwan the same way. Again, the Cold War might help us understand the importance of clarity of commitment to allies. A more warlike and militant response from the United States could have prevented warfare.

For example, in early 1950, Secretary of State Dean Acheson tried to limit U.S. involvement around the world by declaring the limits of U.S. strategic interest. This statement left South Korea outside of the U.S. defense perimeter. The Soviet Union then gave the green light to a North Korean invasion a few months later—a few months after the U.S. forces arrived to start their participation in the Korean War. Many critics then, and historians now, argue that if Acheson had been more warlike in describing American commitment in East Asia, it would have dissuaded Joseph Stalin’s approval of the North Korean invasion.

The United States already provides material aid to Taiwan, and American presidents often express their support to the island before having to walk it back. Most Americans support Taiwan, while attitudes toward mainland China has plummeted to all-time lows. Washington should have its strategy match its words, and it will likely find that clarity is rewarded with greater deterrence against adversaries.

After the Afghanistan disaster, many analysts believe that the United States cannot project enough power to defend Taiwan. But America is making important changes, including the development of hypersonic missile defense and rapid response units that hearken back to the lightly equipped and easily inserted Raider Battalions. Not to mention that long-term factors—such as China’s severe demographic challenges and questions about the training of the average Chinese soldier or sailor—suggest that the United States will perform better in a potential war than the Chinese regime. Even if the official policy doesn’t change, America is correctly sending a clear message that it will fight against Chinese aggression in Taiwan and should do more. The United States retains ambiguity in some areas incorrectly. Yet the best part of the concept would be to preserve strategic flexibility so that America won’t cede the initiative to communist China.