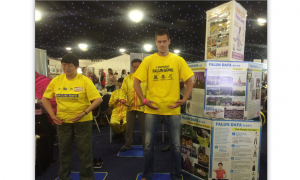 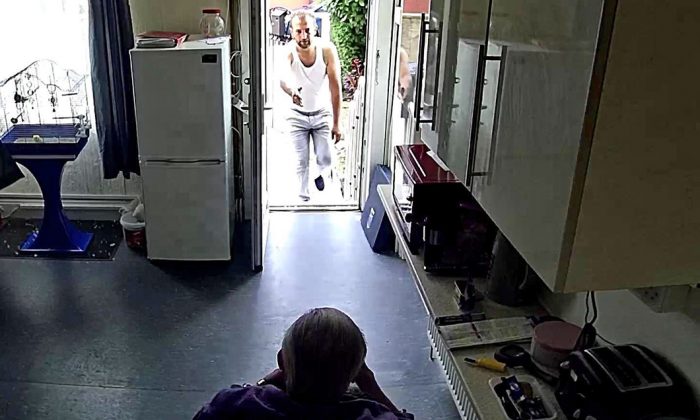 A man in the UK faces having to leave the front door closed even though the weather is hot after an uninvited guest entered his home and took his money on July 10.

Leeds resident Dennis Birch, 88, was trying to keep cool at home in his wheelchair by leaving the front door open when a male suspect entered the property in Harehills and moved up the stairs at about 4 p.m. local time.

Burglars don’t just target your front door. Make sure you lock the back door and any windows when both in or out of the house. Find out more at: https://t.co/uplqb9C1yo pic.twitter.com/SHz2ZeM8pc

Stills from surveillance footage obtained by the Yorkshire Evening Post show the suspect speak in a friendly tone with Birch, who is disabled and unable to defend himself. The suspect can be heard speaking to him in another language that Birch does not understand and Birch asks the suspect to leave.

Birch’s son, Paul Daley, said this is when the intruder tried to distract the elderly man to remove £5 ($6.29) from his wallet on the counter without being noticed.

“[He] uses distraction and block to get to my dad’s wallet,” Daley said on Facebook.

The Daily Mail reported Birch was completely unaware he had been robbed until his carer phoned him to say he saw a live video of the suspect entering the property. His family members quickly came over to view the surveillance footage.

Don’t leave valuables such as keys or money on display in your home, they might encourage a burglar to break in https://t.co/uplqb9C1yo pic.twitter.com/auTciTUdMH

Daley is trying to circulate images of the suspect, hoping someone will be able to identify him.

“The police need to trace this man as a matter of urgency … [the] suspect [is] still outstanding,” he said. “Please call the police if this man is sighted or you know his name and or his address. Police crime reference [number is] 13190350074.”

The images have already been shared more than 2,200 times on Facebook.

“The story has now been picked up by the national press, thank you for all your shares,” Daley said.

He said Birch has already received a lot of moral support from people across the nation and from other countries.

“I’ve been passing on all your well wishes to dad and he said thank you,” Daley said.

“Police are investigating a report of a residential burglary on Ashton Place, Harehills,” a police spokesperson told the Yorkshire Evening Post. “Enquiries are ongoing.”

Burglars will target the weakest locks in your home. Check out our campaign to find out if your locks are the recommend standard: https://t.co/uplqb9C1yo pic.twitter.com/5kTveQoi2j

Since the incident police have shared advice to the general public about how to deter burglars from entering a property.

This includes locking all doors and windows, hiding valuable items from plain sight, and storing garden tools that could be used to break in.

“Don’t be caught out, a burglar can be in and out of your home in less than a minute,” police said on Twitter. “Lock your doors and windows when in or out the house.”

Don’t be caught out. A burglar can be in and out of your home in less than a minute. Lock your doors and windows when in or out the house https://t.co/uplqb9C1yo pic.twitter.com/HBkcX4r9aW

Make sure to store your garden tools away when you’re not using them. They might be stolen or used as a way to break in. Find out more at: https://t.co/uplqb9C1yo pic.twitter.com/5IohKqaELg