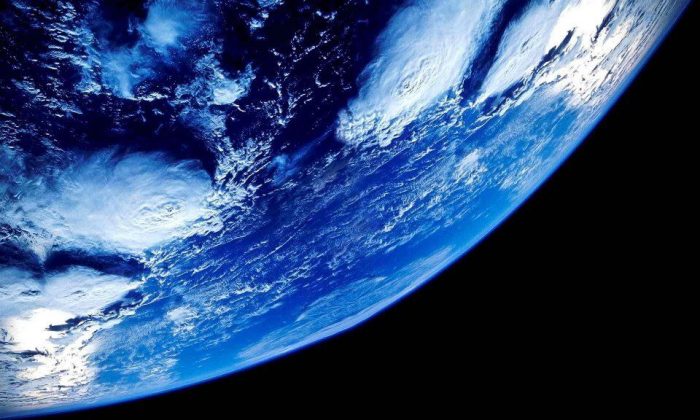 Orange County California residents got a rude surprise when programming from two cable companies were interrupted with an apocalyptic message on Thursday, Sept. 21.

An emergency alert flashed across the screen followed by a man’s voice that said, “Realize this, extremely violent times will come,” the OC Register reported.

Another man’s voice said breathlessly, “The space program made contact with … They are not what they claim to be,” he said, according to a video uploaded to YouTube. “They have infiltrated a lot of, uh, a lot of aspects of military establishment, particularly Area 51. The disasters that are coming—the military—I’m sorry the government knows about them …”

Cox and Spectrum customers seemed to be the ones targeted by the attack.

Cox spokesman Todd Smith said that what the audio people heard was from a portion of a program by Evangelical Christian radio host Chuck Swindoll.

The other voice seemed to be a recording of a call in 1997 to radio show “Coast to Coast AM,” from a man claiming to be a former Area 51 employee, Gizmodo reported.

Smith said the alert was part of a test system they were doing with a radio station, and when asked if the strange audio was intentional or not, he said only that it was “from the radio.”

“Yesterday, there was a regular monthly test of the Emergency Alert System, originated by KWVE FM radio,” he said. “They’ve tested hundreds if not thousands of messages with us and most work perfectly.

“With each test, an emergency tone is sent out to initiate the test. After the tone is transmitted, another tone is sent to end the message. In this case, the end tone was not properly transmitted and the radio signal continued beyond the standard test for a total of approximately two minutes.”

He added that they stopped the test signal as soon as they were alerted to the error.

Spectrum did not immediately respond to a request for comment, but Dennis Johnson, a spokesman for Spectrum, told the Register they “were fed an incorrect audio file.”