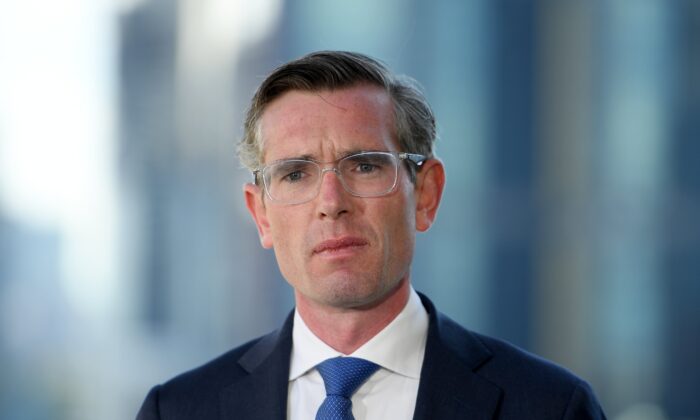 New South Wales government ministers have lambasted the new workplace behaviour advice, which banned the use of the word “mate” as “straight out of 1984.”

The NSW Department of Premier and Cabinet conducted a series of Respect at Work training sessions this week, in which staff were advised not to consume alcohol in the office, yell at colleagues, “banter”, or gossip about co-workers.

Under the inclusion policy, the MPs were instructed to invite everyone in the office out for after-work drinks or lunch while work tasks must be fairly divided between senior and junior colleagues.

The training, which is led by an external diversity and inclusion consultant, will be run regularly to promote “inclusive leadership,” “unconscious bias,” “cultural inclusion”, and “gender equity.”

It also places emphasis on making sure the MPs know how to properly report allegations of sexual assault to the department.

The Respect at Work website, anticipated to be launched sometime this month, is predicted to have cost taxpayers over $260,000.

However, some ministers have described the “Respect at Work” seminars, which lasted three-and-a-half hours, as “PC insanity” and straight out of 1984”, reported The Daily Telegraph.

Meanwhile, NSW Veterans Minister David Elliott told the Telegraph he was bothered by the alcohol ban as he kept a bottle of whisky in his office to “placate my parliamentary colleagues.”

The seminars were run by the Respect at Work Council, one of the government-funded programs to address sexual harassment in the workplace that has received $2.1 million in total funding.

The council was established after the Commonwealth Government released a “Roadmap for Respect” in March this year, which stated that the government will amend the Workplace Gender Equality (WGE) Act to require public sector organisations to report to the WGE Agency on gender equality initiatives.

The government also agreed to increase funding for Our Watch, which will lead a national campaign about sexual harassment and develop initiatives targeted young people that focus on sexual abuse as a form of “gender-based violence.”

According to the roadmap, the Workplace Sexual Harassment Council will be asked to work with the Australian Communications and Media Authority and the Australian Press Council to support the “victim-centred and gender-responsive responsive reporting on sexual harassment.”

The quotas, however, have been slammed by state party executive Alex Dore as an “astounding betrayal of fundamental Liberal beliefs.”

“If the quota motions are successful, there will be no mainstream political party in Australia left to stand against the dehumanising instruments of collectivism. Who will remain to fight against identity politics when even the party of the individual has abandoned it?” Dores said in an email obtained by The Sydney Morning Herald.