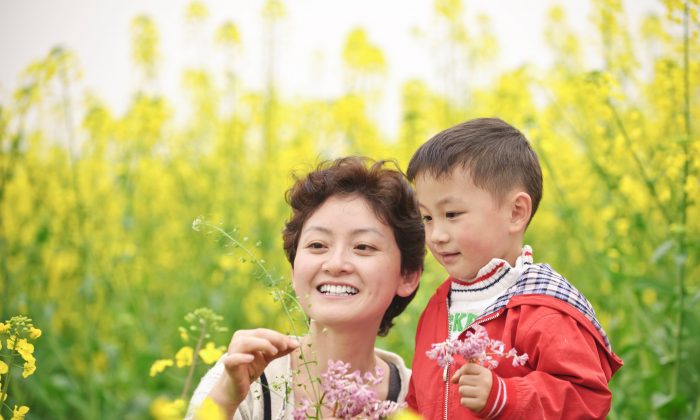 The righteous action of a young mother in ancient China lifted her nation out of danger. (Xiao Ling/Photos.com)
China

The Chinese character for “righteousness,” 義 (yì), contains a wide range of meaning associated with morality, including loyalty, justice, and trustworthiness. It is one of the core concepts of traditional Chinese culture.

Among the many legends of Chinese historical figures who exemplify righteousness, there is a story about a righteous woman who prevented an invading army from attacking her nation.

During the Spring and Autumn Period (770–476 B.C.), the state of Qi attacked the state of Lu. A woman from Lu was found running in the outskirts of the city attempting to escape. She carried a child in one arm and held onto the hand of another child with her other hand.

When a Qi soldier ran after her, she let go of the second child and kept the child she was carrying.

The soldier caught up to her and asked, “Why did you keep the child you were carrying and let go of the other child?”

The woman replied, “The child I am carrying is my older brother’s son; the child I let go of is my own son. I was unable to take them both, so I let go of my son.”

When the Qi general learned of her response, he asked, “Which child do you love more, your brother’s son or your own son?”

The woman replied, “The love I have for my own son is a selfish kind of love. But I have a sense of righteousness toward my brother’s son. Although it breaks my heart to let go of my own child, keeping my brother’s child is the right thing to do.”

The Qi general stopped the attack against Lu, saying, “Even a woman from Lu deeply understands the meaning of righteousness. How can I attack such a righteous state?”

The Qi army retreated and the woman and two children returned home safely. When the Duke of Lu heard the story, he sent many gifts to the woman and bestowed upon her the name “Righteous Lady.”

An ancient saying states, “I want to be both alive and righteous. If I am unable to be both, I shall give up my life and be righteous.”

“Righteousness” enables one to distinguish right from wrong and to be fair, rational, and moral. It is what keeps society stable and relations among people harmonious.