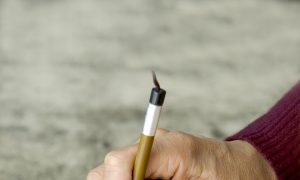 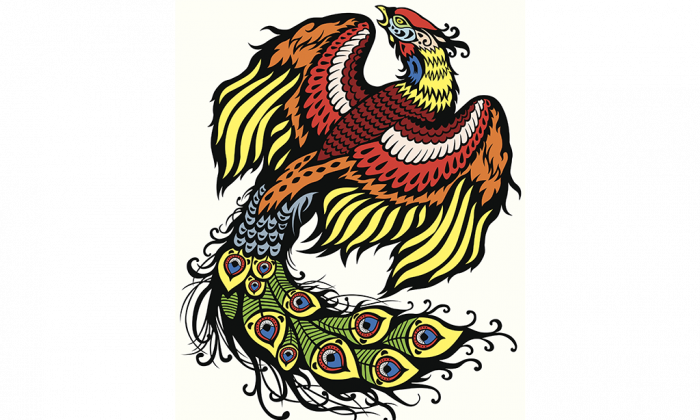 The Han Hao Bird believed it was the most beautiful bird in the world, even more beautiful than the phoenix. Instead of working hard to build a nest for the winter, it spent its time showing off its glamorous coat, muddling along day after day, until it finally froze stiff one night in the icy cold.(insima/iStock/Thinkstock)
Chinese Culture

According to legend, on Wutai Mountain there lived a creature called the Han Hao Bird (寒號鳥), a bird very different from other birds.

Not only did it have four legs rather than two, it also had two fleshy wings that could not be used for flight, so it was not able to fly like other birds.

In the summer the Han Hao Bird grew bright feathers all over its body. It looked exquisite in its new coat of stunning colours and spectacular patterns.

This was a source of great pride for the Han Hao Bird. It believed that it was the most beautiful bird in the world, even more beautiful than the magnificent phoenix.

“Look at me! Look at me! Even the phoenix cannot compare to me!” the Han Hao Bird sang out.

The Han Hao Bird continued to muddle along, day after day, until it finally froze stiff and solid one night in the icy cold.

As summer gradually faded into autumn, all the other birds began planning for the winter. Some started preparations for flying south, while others busied themselves gathering food and building and reinforcing their nests.

The Han Hao Bird, however, did nothing but strut up and down the mountain, with an air of arrogance, showing off its glamorous coat.

The other birds tried to offer their kind advice: “Han Hao Bird, while the weather is still nice, build your nest now and then you will have a warm and cozy place to pass the winter.”

But the Han Hao Bird did not listen.

As winter approached, the Han Hao Bird began to lose more and more of its fine feathers, until one day it looked like a newly hatched bird, without any feathers at all.

Each night it shivered in the cold, saying to itself: “It is so cold! So cold! I must build a nest tomorrow!”

But as soon as the sun came out the next day, the Han Hao Bird forgot all about the cold of the night before and the idea of building a nest.

The other birds said: “Han Hao Bird, hurry to build your nest. It will get cold again in the night.”

But the Han Hao Bird still did not listen. “It is warm under the sun! As long as I can get by like this, I will continue on this way,” it said.

So the Han Hao Bird continued to muddle along, day after day, until it finally froze stiff and solid one night in the icy cold.

This legend is based on a story found in a collection of records titled “Chuogeng Lu (輟耕錄),” or “Records Compiled After Retiring From the Farm,” written by Tao Zongyi (陶宗儀), a scholar who lived during the late Yuan Dynasty (A.D. 1271–1368) and early Ming Dynasty (A.D. 1368–1644).

The Han Hao Bird may not be a real bird, but those same characteristics can indeed sometimes be seen in real people—arrogance, complacency, shortsightedness, and turning a deaf ear to good advice.

The story reminds us that the best way to look to a bright future is to plan for tomorrow, consider the longer-term consequences of taking or not taking action today, and to work hard and strive to create the future that we want.