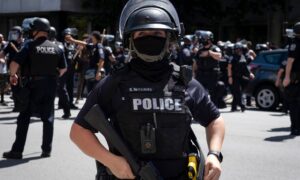 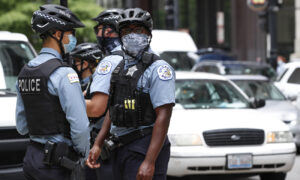 5-Year-Old Girl Stabbed to Death, Nearly 50 Others Shot Across Chicago: Officials
0
US

Storms in the South

The deadly rain and thunderstorms which hit the Southeast over the weekend continued into Monday. Tennessee flooding left at least 12 people dead with six fatalities in Nashville.

Areas between Alabama and the Carolinas are expected have torrential downpours Monday and into Monday night.

AccuWeather.com reported that there will be storms with wind gusts reaching up to 60 mph, and a possibility of large hail in the afternoon.

Though the threat of tornadoes touching the ground is slim, there is a small chance that such events could occur. Thunderstorms are expected over the Gulf of Mexico, including over the oil slick area. The weather could hinder the rescue efforts for wildlife and efforts to remove oil from the water. Barriers meant to contain the oil have been broken up by rough seas.

Opryland hotel, the largest hotel and convention center in Nashville has also been severely impacted by the Nashville flooding. It was buried under at least 10 feet of water. Communities that are under water in the Ohio and Tennessee valleys will have dry weather today and tonight. The floods in these regions over the weekend may take a few weeks to completely recede.