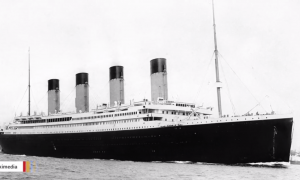 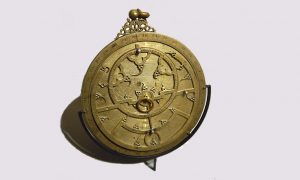 Archeologists Recover Ancient Navigation Tool From Shipwreck
0
The Lady Washington, is a replica of a 90-ton merchant brig from around 1860. (Mike Baird/flickr.com)
US News

The storm of March 2–3 brought big winds and high tides, which breached the seawalls on Short Sands Beach in York.

This is not the first time the carcass of this archaic sailing vessel has been exposed. A strong storm in February uncovered it.

Before that, the last sighting was Patriot’s Day 2007, when another nor’easter revealed it.

The exact identity of the sunken ship is unknown. Marine archeologist Warren Riess examined the vessel after it was uncovered in 1980 and hypothesized that the ship is a Revolutionary War-era sloop.

The shipwreck has been designated as an archeological site by the Maine Historic Preservation Commission.

Much of the ship, whatever it was, has been lost to erosion. The masts and deck planks have disappeared. What is left are some hull planks and the tops of the ribs, which support them.

Plenty of Skeleton Ships Buried off the Maine Coast

The weekend storm exposed parts of other sunken ships just a couple of dozen miles up the coast at Kennebunk.

Residents of that Maine town could see some of the wreckage of what is thought to be one of two ships lost two centuries ago.

This hulk could be the 160-ton brig Columbia, which was blown onto some rocks and sank on Nov. 17, 1818, Someoldenews reported.

There is also the possibility that the remains are of the 139-ton brig Merchant, which ran into a sandbar in April 1820.

A third and even older vessel was temporarily uncovered by the storm. This one was tentatively identified by historian and author Edward Rowe Snow after it was exposed last March.

Snow believed this third hulk was the Independent, a coastal packet ship, which was built in St. George, Maine in 1770.

“A colony of shipbuilders from Northern Ireland settled in St. George. They were the only ones to use a diamond-shaped wedge at a convex angle in the end of their treenails,” Snow told Seacoastonline.

The Independent sank on its maiden voyage.

As time passes, the normal action of the tides will bring sand back up the beaches and bury these ancient ships.

And in time, more storms will reveal them again.

The cycle has continued for decades, and each time it creates fresh interest in Maine’s history.