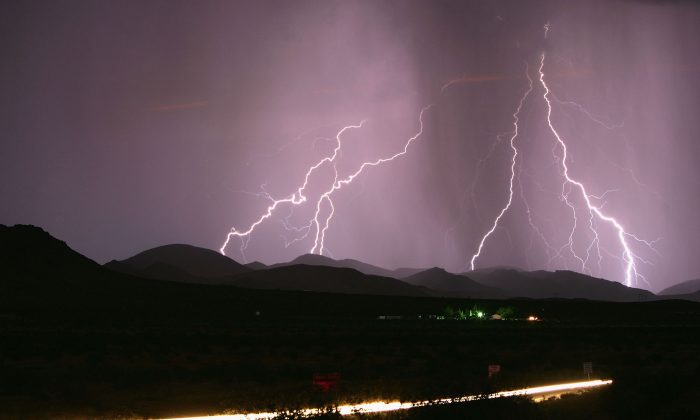 Power outages were reported across the county, with the most affected residents in Old Town/Hillcrest area as of 3 a.m. Tuesday, according to San Diego Gas and Electric (SDG&E). More than 1,300 customers were without power in the Old Town/Mission Hills/Hillcrest area due to weather damage. SDG&E anticipated power would be back on in these areas by 3 p.m. today.

Customers began reporting power outages Monday night after a thunderstorm swept over the county. The utility company reported 2,500 customers in San Diego and 4,200 customers in Oceanside without power. Both of these areas were expected to have power restored by 1 a.m. today.

However, some customers were still without power and it was not expected to be restored until later today.

According to the National Weather Service, more than 2,000 lightning strikes were detected between San Diego, Riverside, and Orange counties during the thunderstorm that started on Monday evening.