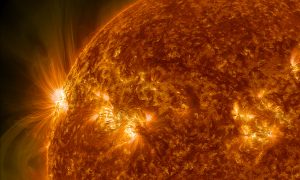 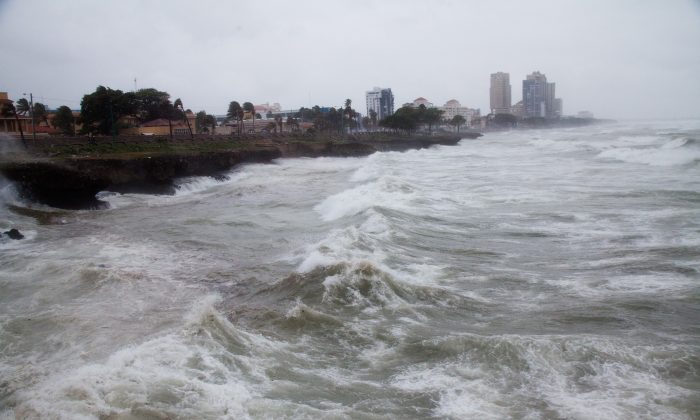 HAVANA—Tropical Storm Erika dissipated early Saturday, even as its remnants began drenching parts of eastern Cuba. But it left devastation in its path, killing at least 20 people and leaving nearly 50 missing on the small eastern Caribbean island of Dominica, authorities said.

In Haiti, one person died in a mudslide just north of Port-au-Prince, and at least four others were killed in a traffic accident that apparently occurred in the rain.

The U.S. National Hurricane Center in Miami said the storm had degenerated into a trough of low pressure by early Saturday after mountains and an unfavorable environment in Hispaniola knocked Erika below tropical storm force.

The eastern Cuban city of Santiago was hit by about two hours of heavy rain as the storm was falling apart Saturday morning. Residents reported no flooding or other damage, saying they wished it would rain more to help alleviate a months-long drought that has hit eastern Cuba particularly hard.

“It’s a little cloudy, there’s some wind, but not very strong. But I wish it would keep raining to fill up the reservoirs, because we really need it,” said Jorge Barrera, a 56-year-old mechanical engineer.

Dominica Prime Minister Roosevelt Skerrit said in a televised address late Friday that damage inflicted by the storm set that island back 20 years. Some 15 inches (38 centimeters) of rain fell on the mountainous island.

“The extent of the devastation is monumental. It is far worse than expected,” he said, adding that hundreds of homes, bridges and roads have been destroyed. “We have, in essence, to rebuild Dominica.”

Nearly 50 people have been reported missing in Dominica, and that number is expected to rise, opposition leader Lennox Linton said after leaving a meeting with the prime minister and other politicians. The island’s airports remained closed, and some communities were still isolated by flooding and landslides.

On Friday evening, Skerrit asked people to share their resources with each other as foreign aid trickled in.

“This is a period of national tragedy,” he said. “Floods swamped villages, destroyed homes and wiped out roads. Some communities are no longer recognizable.”

Before dissipating, Erika also knocked out power to more than 200,000 people in Puerto Rico and caused more than $16 million in damage to crops there, including plantains, bananas and coffee.

In Haiti, authorities evacuated 254 prisoners in Gonaives to other locations because of flooding, and two people were hospitalized after their home in Port-au-Prince collapsed in heavy rains.

Four people died and another 11 were hospitalized in Leogane, just west of the Haitian capital, when a truck carrying a liquor known locally as clairin crashed into a bus and exploded. Authorities said it apparently was raining when the accident occurred.

While the storm was stumbling over the Dominican Republic and Haiti, John Cagialosi, a hurricane specialist at the center, warned that people in Florida should still brace for heavy rain, said “This is a potentially heavy rain event for a large part of the state,” he said.

Erika was a particularly wet storm, and moved across a region that has been struggling with drought.

Given how dry Puerto Rico and parts of Florida have been, “it could be a net benefit, this thing,” said MIT meteorology professor Kerry Emanuel.

At 9:30 EDT Saturday, the remnants of Erika were located about 130 miles (205 kilometers) east of Camaguey, Cuba, and were moving west-northwest near 22 mph (35 kph) in a general motion expected to continue into the evening, the Hurricane Center said. The storm’s maximum sustained winds were near 35 mph (55 kph).

The Hurricane Center said Erika’s remnants were expected to move near the coast of eastern and central Cuba on Saturday and into the southeastern Gulf of Mexico on Sunday. It cancelled future public advisories.

Still, the remnants of Erika were expected to produce rainfall of 3 to 6 inches (7.6 to 15.2 centimeters) with maximum amounts of 10 inches (25.4 centimeters) possible across parts of the Dominican Republic, Haiti and eastern and central Cuba through Sundays, the Hurricane Center said.

It added that the rains could cause life-threatening flash floods and mudslides. It starting on Sunday, rainfall of 3 to 5 inches (7.6 to 12.7 centimeters), with locally heavier amounts, is possible across southern and central Florida. Gusty winds could occur over southern Florida beginning Sunday.

Meanwhile in the Pacific, Jimena turned into a powerful Category 4 hurricane with maximum sustained winds near 150 mph (240 kph). The Hurricane Center said it was expected to remain a major hurricane through Monday, though it did not pose an immediate threat to land.