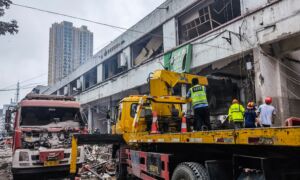 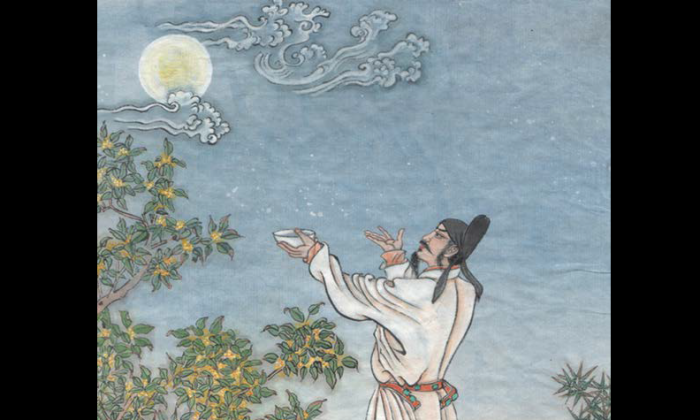 Su Shi, also known as Su Dongpo, was a famous poet and gastronome of the Song dynasty, who practiced the philosophy of “eating with moderation”.
China

Stories From the Students’ Rules: Simple Diet and Proper Bearing

The Di Zi Gui teaches us not just to be careful in how we dress and carry ourselves, but how we should behave when dining and appearance.

As regards food and drink,
Do not be picky and choosy
Eat as needed, and not to excess

Eating and drinking in moderation is a good habit to develop from young, as maintaining a simple diet provides the long-term benefits of a healthy life. This is best exemplified by the two ancient Chinese wise men, Su Shi and Ji Kang, who followed simple and healthy dietary habits to positive effect.

The great poet Su Shi (蘇軾), also known as Su Dongpo, was also one of the greatest gastronomes in the history of Chinese food culture. He made many contributions to the development of Chinese cuisine, wine and tea.

Besides his profound understanding of cuisine, Su Shi’s philosophy of eating in moderation is also a good practice for us to learn from.

One time, Su Shi was demoted and sent away from his hometown. As he was leaving his hometown, he met his brother Su Zhe. The two brothers bought some simple soup and rice at a food stall by the roadside, to share a final meal.

But the food tasted terrible. Further saddened by the fact that he would soon have to bid goodbye to his brother, Su Zhe stared gloomily at his food and put down his chopsticks with a huge sigh.

Meanwhile, Su Shi had already finished all of his portion of the food. Su Shi said lightly to Su Zhe, “Brother, we are already in times of misfortune. Just make do with the food. It isn’t so terrible after all.” Su Zhe was very ashamed after hearing this.

Su Shi believed that people should be moderate in their appetites. He said, “Even ambrosia tastes like grass when one is not hungry. One should only eat when hungry, so that ordinary food can be very tasty.”

His self-restrained, simple lifestyle and philosophical attitude enabled him to always smile through all his ups and downs in life.

Ji Kang (嵇康, 224–263 AD) was a famous Chinese author and philosopher. He advocated the Taoist teachings of Lao Zi and Zhuang Zi, and believed in the ‘Tao’ of diet and preserving health. One of his best-known works is his “Essay on Nourishing Life” or Yang Sheng Lun (養生論), which primarily explains the way to preserve one’s health.

In his work, Ji Kang provides complete theories and methods for health preservation, including methods for preserving the mind. He discusses how mental health affects physical health. He postulated that one’s body is akin to a kingdom, while one’s spirit is akin to the kingdom’s ruler. As such, preserving health requires both nourishing the body and the spirit, of which nourishing the spirit is more important.

He said that one should ‘shape character to maintain the state of mind, and keep a peaceful mind to preserve the whole body’, affirming the significance of preserving mental health.

Ji Kang’s suggested health preservation method involves overcoming one’s desire for wealth, fame, and rich, decadent food. This enabled one’s mind to be calm and at peace; to be full of vigor and far from sadness and worry.

Ji Kang also emphasized that one must be self-disciplined in developing good habits and staying away from evil temptations, in order to achieve good health. He pointed out that those who are good at preserving health understand one thing: that pursuing fame and wealth eventually harms the heart and body. Therefore, they learn to take fame and wealth lightly, and neither desire nor pursue it.

As for rich-tasting foods, Ji Kang proposed that people should make healthy eating a habit and a way of life, and should keep away from rich food so that they are not tempted by it. This, he said, is better than facing rich food and struggling to control their urge to eat.

The Right Posture and Body Language to Show (and Earn) Respect

One of the important lessons mentioned in Di Zi Gui is how we should carry ourselves in our day-to-day activities. It is said in the text:

Maintaining a good posture is important, as sitting or standing up straight communicates respect to others.

Our actions and body language should also be appropriate, so that we earn the respect of others as well.

A good example of a person who inspired respect with his demeanor is Zhang Jiuling, a Tang minister of great charisma.

The Respectable and Charismatic Zhang Jiuling

Zhang Jiuling (張九齡) was a prominent minister, noted poet and scholar of the Tang Dynasty, serving as chancellor (the highest-ranking official in imperial China) during the reign of Emperor Xuanzong.

Zhang was born in Qujiang in the Linnan region. As a virtuous chancellor of the Kaiyuan Era (the golden age of the Tang Dynasty), Zhang had the gift of foresight and wisdom. He was also greatly respected for his loyal and forthright character—an ideal that was thereafter known as “the Qujiang Charisma.”

According to ancient Chinese historical texts, Zhang was “upright and gentle, with a well-groomed appearance”. No matter whether he was working in the office or relaxing at home, he was always neatly dressed. He always had an energetic and sprightly stride, as well as an alert and sharp gaze.

To maintain a tidy appearance, Zhang invented a contraption that became a fashion trend. Ministers at the time carried a long, flat tablet called an wuban, which was used to transcribe notes and orders during meetings with the Emperor. The wuban was typically hung around the minister’s belt, but this made it look like the tobacco pouches often carried by villagers.

Zhang thought that this didn’t look very respectable, so he had a neater pouch made to hold his wuban. Whenever he went to meet the Emperor, Zhang would have his servant carry the pouch with the wuban behind him, so that Zhang could walk respectably without worrying about extraneous things around his waist. These protective pouches eventually became very popular, sparking a fashion trend during that time.

Zhang was particularly favored by Emperor Xuanzong, who liked Zhang for his respectable demeanor, as well as for his energy and charisma. He would say to those around him, “Whenever I see Chancellor Zhang, my mind and spirit feel rejuvenated and energized.

But what truly impressed Emperor Xuanzong the most was Zhang’s shrewd foresight and his honest, forthright character.

Early in the Kaiyuan Era, a military general An Lushan was sent to the Emperor for failing to obey orders. Zhang advised Emperor Xuanzong to execute An as Tang military law, as he also suspected that An had the temperament to commit treason. But Emperor Xuanzong decided to spare the general’s life and keep him in the army.

True to Zhang’s prediction, An Lushan later betrayed Emperor Xuanzong by initiating the An Lushan Rebellion, a series of catastrophic events that marked the beginning of the Tang Dynasty’s decline.

The emperor wept bitter tears for having disregarded Zhang’s advice, and sent his men to Qujiang to commemorate Zhang. From then on, Zhang has been referred to as “Qujiang Gong”, meaning the most respectable person in Qujiang.