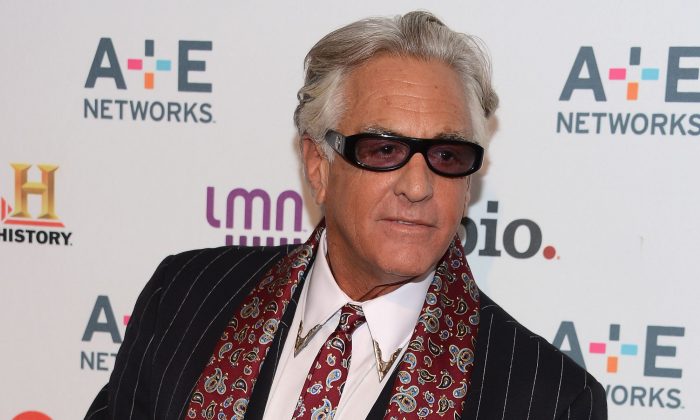 “Storage Wars” star Barry Weiss is in the intensive care unit of a Los Angeles-area hospital after a motorcycle crash earlier this week.

At around 2:30 p.m. on April 24, Weiss was injured in Los Feliz, Calif., while he was riding with a friend, TMZ reported. Both he and the other person were hurt in the crash.

The crash took place when both of their motorcycles ran into the back of a car that was pulling out of a parking space, the report said.

Weiss was taken to the ICU at a nearby hospital and is still there, the entertainment news website reported.

According to People magazine, his friend issued a statement on Instagram, saying “not a good day at the office, a serious crash today with my friend Barry Weiss when a car pulled out directly in front of us and took our road away.”

“I got lucky, only a broken knee, elbow and wrist, Barry is much worse and has serious chest and leg trauma,” he said, adding, “Please send your [prayers] to Barry.”

In another post (warning: graphic), the friend said, “Stopping a motorcycle with your knee and an SUV is not recommended.”

According to TMZ, drugs and alcohol were not a factor in the accident.

For the past three months, he has been quite sick, Sheets said. But one night, he suffered a mild heart attack and was hospitalized, according to TMZ.

He also said he has congestive heart failure and a lung issue.

“Well here we go I wasn’t going to say anything, but you all have been the greatest friends and fans,” he wrote on Facebook on March 12, along with a photo of him in a hospital bed with his wife Romney Snyder according to TMZ.

He added: “Today I am having surgery so all your prayers would be deeply appreciated. Thank you for being there for me. It’s been a great #storagewars and as you can see Romney is right by my side. Love you Rom.”