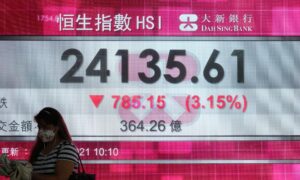 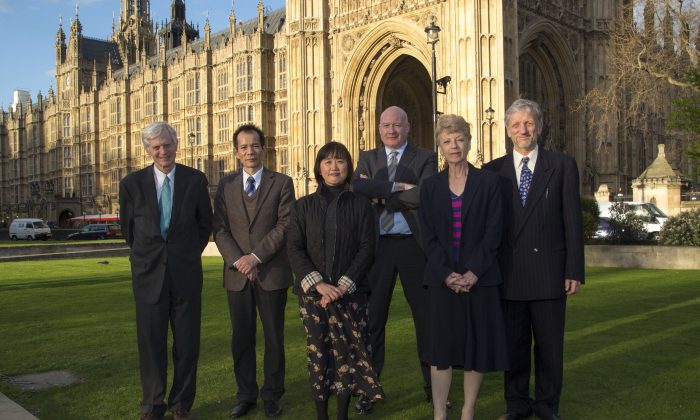 LONDON—Thousands of prisoners of conscience in China are being killed to order to supply a gruesome and lucrative organ transplant trade.

Researcher and ex-Canadian MP David Kilgour told Parliament this week that tens of thousands of practitioners of the spiritual discipline Falun Gong have been killed for their organs. He made a clear distinction between organs taken from executed criminals—of which China has already been held to account—and those harvested from detained prisoners of conscience.

“People are dragged out of some terrible labour camp because they happen to be a fit with someone who has come to get an organ,” said Kilgour. “They are taken into an operating room, given a light anaesthetic then killed for their organs, which can be sold for 50, 60, 100,000 dollars.”

Kilgour is one of several international investigators who have been touring the UK to present their findings to politicians, doctors, academics, and human rights groups.

Annie Yang, a Falun Gong practitioner who was incarcerated in 2005 at a labour camp in Beijing, spoke to MPs of her physical and mental torment at the hands of the guards.

When the news broke about organ harvesting of living Falun Gong practitioners, Yang, who had escaped to the UK, was “shocked but not surprised”. She said she had been routinely examined with blood tests, urine samples, chest X-rays, eye tests, and ultrasonic tests of the kidneys.

“I believe that I was among the potential victims of such a most inhuman crime against Falun Gong practitioners,” Yang said.

It has long been known that executed criminals are a source of organs in China, with the Chinese regime now also stating they have been the source of the overwhelming majority of organs. However, the best available evidence of the number of executed prisoners for this period (2000-2005) is 18,550, leaving around 41,500 transplants where the only plausible explanation for sourcing was Falun Gong detainees.

Huige Li, professor of Vascular Pharmacology from Johannes Gutenberg University in Germany, told Parliament that figures confirming a massive increase in liver and kidney transplants in the years following the persecution of Falun Gong had been provided publicly by Shi Bingyi, vice-chair of the China Medical Organ Transplant Association.

Many politicians in the UK have questioned the evidence that organ harvesting from prisoners of conscience in China is happening, and the Chinese regime has long denied it. David Kilgour said that while many politicians were very supportive, diplomats were often the least helpful. “It can be a cop out to question the evidence, then they don’t have to do anything. We have 52 kinds of proof. They know it’s happening, but some pretend they don’t. Some denied the Holocaust. How many lives could have been saved if diplomats had more backbone? Let’s hope those with courage and convictions will prevail.”

Veteran investigative journalist and author Ethan Gutmann said that his best estimate is that 65,000 Falun Gong practitioners were killed for their organs during the years 2000-2008, selected from about 1.2 million he considers were interned in China’s forced labour camps.

The Falun Gong group is vulnerable as they often do not identify themselves in order to protect family members and are highly vilified by the state, meaning that respect for their human rights and dignity is often ignored by jailers.

In his interviews with more than 100 Falun Gong refugees, Gutmann heard testimony of widespread blood testing and organ examination of Falun Gong detainees. This procedure was described separately by many people from different parts of China. In a detention environment where there is little concern for health and torture is widespread, Gutmann says these procedures could have no other plausible purpose than as an examination to support transplant compatibility.

Kilgour and human rights lawyer David Matas used Mandarin-speaking investigators to make telephone calls to hospitals in China, posing as relatives of potential organ recipients. In a number of cases doctors admitted in the recorded calls that they had organs sourced from Falun Gong practitioners (who are seen as a valued source due to their healthy lifestyles).

China carries out the second largest number of transplants in the world after the US, yet until 2010 did not have a deceased donation system. Matas said that even today that system produces donations that are statistically insignificant as the Chinese have a cultural aversion to donation of their organs. Yet in a system where organs can be matched and offered to recipients within a week or two, there must be a large living supply source.

The investigators believe that forced organ harvesting continues to this day, as there has been no decrease in the number of transplants, and no other explanation of sources offered by the Chinese authorities despite numerous requests from the United Nations and others. The UN has made repeated requests to send an independent investigation team into China to investigate, but these have been denied.

Western media has reported widely on announcements by the Chinese regime about ending the sale of transplant organs as well as their use of executed prisoners as sources. In their book Bloody Harvest, Matas and Kilgour argue that such announcements can be seen as a smokescreen, designed to give the impression that the situation is changing – yet the gap between enactment of legislation in China and its implementation is huge.

Matas believes that change is slowly happening as more countries around the world voice their support and enact legislation to prevent tacit involvement of their own citizens, academic institutions, and businesses.

The Australian Health Ministry has announced the abolition of training programmes for Chinese doctors in organ transplant techniques, as well as banning joint research programmes with China on organ transplantation. Israel passed a law in 2008 banning the sale and brokerage of organs and ending funding through the health insurance system of transplants in China for Israeli nationals.

Westminster and the Scottish Parliament have already legislated on organ transplants by enacting the Human Tissue Act 2004 and the Human Tissue (Scotland) Act 2006. These Acts require consent for organ sourcing. If an organ is removed without consent, then an offence is committed. Matas argues that amendments should be added to these Acts to make them have extra-territorial effect to prevent abuse in other countries.

John Finnie MSP, Independent Highlands and Islands convenor of the Cross Party Group for Human Rights, was shocked to hear the extent of organ seizure from living people in China. “I would like to see the trade with China used as leverage to improve the human rights situation, specifically with regard to this vile practice of organ harvesting,” he said. “Let’s not be reticent in telling them what we think of these vile practices. The atrocious attack on the Falun Gong cannot be allowed to go on unchecked.”

With additional reporting by Rosemary Byfield and NTD Television