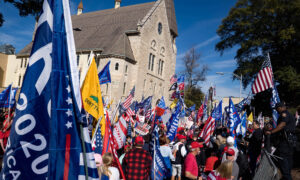 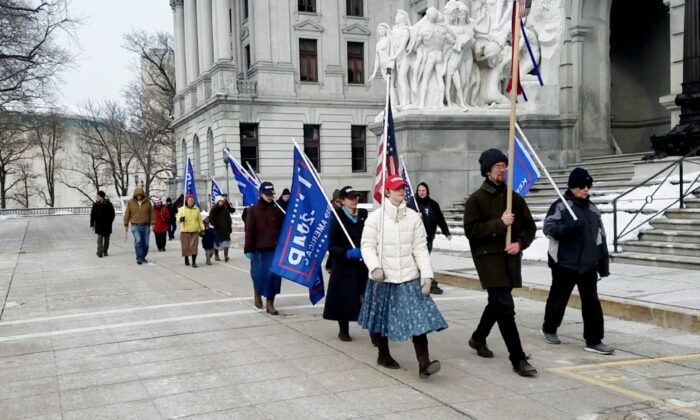 A picture of Trump supporters participating a Stop the steal rally in Harrisburg Pennsylvania on the weekend, Dec. 20, 2020. (NTD Television)
Videos

Supporters of President Donald Trump continue to make their voices heard. Over the weekend, Trump supporters gathered in Harrisburg, Pennsylvania, where NTD interviewed some of the participants at a Stop the Steal rally.

Everyone we talked to said they have faith in the president contesting the election results, and said that their faith comes from God.