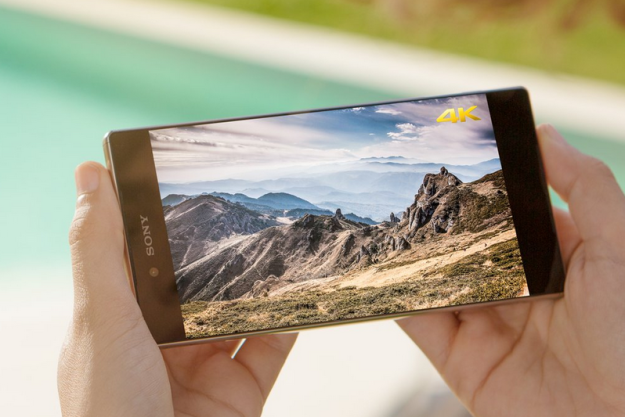 There’s been a strange disconnect lately between what many smartphone users consistently say they want (i.e., better battery life) and what smartphone vendors are actually delivering. I’m already on the record saying that I don’t want Apple to even think about making the iPhone any thinner until it figures out a way to vastly improve the device’s mediocre battery life, but it looks like the company isn’t going to listen to me. However, Apple isn’t the only company that’s giving us something that we don’t need at the expense of better battery life, as Sony has recently embarked on an insane quest to push smartphones with 4K displays.

DON’T MISS: 4 burning questions I have after seeing ‘Star Wars: The Force Awakens’

I was reminded about how little I want a 4K smartphone display today when I read this terrific PhoneArena feature that showed it’s virtually impossible for the human eye to tell the difference between a Quad HD display and a 4K display on such a tiny device. What makes 4K displays particularly pernicious is that they may actually detract from the overall user experience.

“System performance will take a massive hit, and so will battery life—already exemplified by our Xperia Z5 Premium battery test, which put it on equal footing with the 1080p Xperia Z5, despite having a battery with 530 mAh extra,” PhoneArena writes. “Clearly, the screen is drawing a lot of power, even if it downscales content (our battery test is entirely rendered in 1080p).”

Thankfully, it sounds like both Samsung and LG are passing on giving their flagship devices 4K displays next year. But what’s really baffling here is why any company thinks there’s a mass market for 4K smartphones at this time when several surveys have shown that improved battery life is the thing users want most from their new mobile devices. BlackBerry has made a concerted effort to tout its new phones’ battery life but considering its limited marketing resources, it’s still not getting very far.

What smartphone vendor will be the first to solve this major pain point? Or is better battery life just something that has a lot of support from power users but isn’t something the average user cares about? At this point we have no idea and the seeming lack of attention paid to improving smartphone battery life remains a baffling mystery.