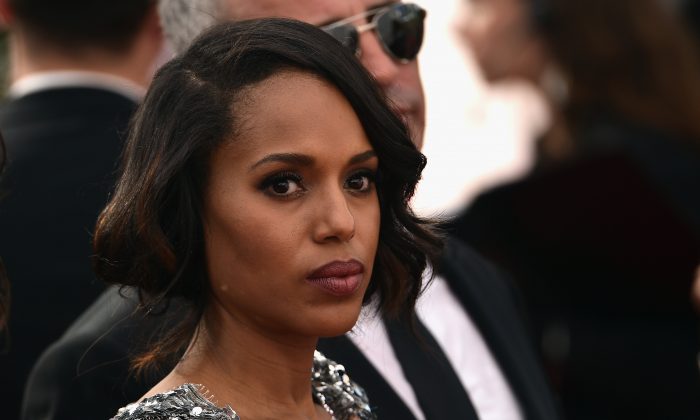 Kerry Washington, Harry Belafonte, Jane Fonda, and a slew of other film and television stars have decided to “speak out in every way possible” to stop Donald Trump from becoming the next president of the United States.

“We believe Trump is a grave threat to democracy, freedom, human rights, equality, and the welfare of our country and all our people,” reads a statement on the “Stop Hate, Dump Trump” website. “History has shown us what happens when people refuse to stand against hate-filled leaders.”

The signatories also include prominent left wing activists like Noam Chomsky, Reza Aslan, and Michael Moore, and is working toward collecting more signatures.

“To call out Donald Trump for his hatred, misogyny, Islamaphobia, and racism and to give platform for the voices of the silent majority of Americas who do not and will not stand for it,” reads the campaign’s Statement of Purpose. “To let people across the world know there is another America that Trump does not represent or speak for and we will not be silent anymore.”

The campaign, launched earlier this week, already has over 5,000 signatures. One section of the website features examples of Trump’s “hate,” including his comments on things like Hillary Clinton, John McCain, and ISIS.

“Hillary Clinton was the worst Secretary of State in the history of the United States … the world blew up around us. We lost everything, including all relationships. There wasn’t one good thing that came out of that administration or her being Secretary of State,” reads one quote.

Trump is currently the front-runner in the Republican primary, leading in key early primary states like New Hampshire and Florida, and is in a statistical tie with Texas Senator Ted Cruz in Iowa.