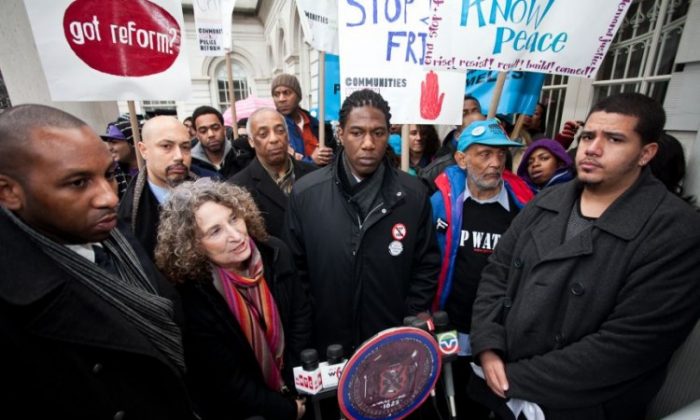 The practice was set up by the NYPD to seize illegal firearms by conducting stops and pat-downs of citizens, but the NYCLU has raised concerns that the program has been used for racial profiling.

Drawing from internal police data that has not been released publicly, the report found that it has led to only a minimal increase in the seizure of firearms.

At the same time, NYCLU recorded a sharp increase in stops of more than 600 percent since 2002. A disproportionate number of those stopped—close to 90 percent—are young black or Latino men. Nine out of 10 people stopped were innocent, meaning they were neither arrested nor ticketed.

“Contrary to the mayor and police commissioner’s assertions, the massive spike in the number of stops has done little to remove firearms from the streets. Instead, it has violated the constitutional rights of millions of people and corroded the ability of communities of color to trust and respect the police,” NYCLU Executive Director Donna Lieberman said in a press release.

City Council Speaker Christine Quinn on May 8 defended the usefulness of the stop-and-frisk program, while at the same time she demanded “significant reform” from the NYPD.