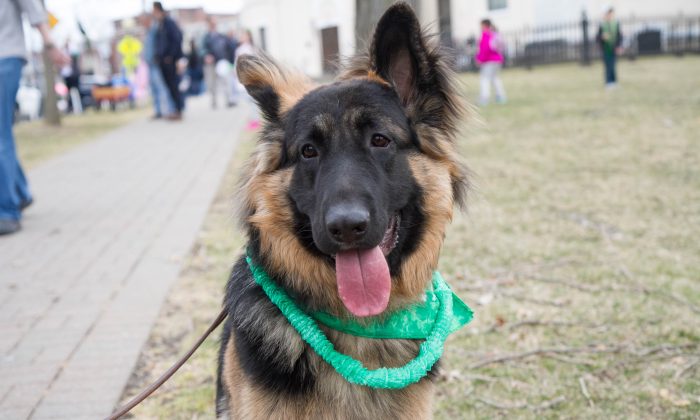 A German shepherd named Boru at the Mid-Hudson Saint Patrick’s Parade in Goshen on March 13, 2016. (Holly Kellum/Epoch Times)
US

Stolen Dog That Helped Vet With PTSD Reunited With Family

LOS ANGELES—A dog that helped an Iraq War veteran cope with post-traumatic stress disorder has been reunited with its owner after being stolen out of his southern California front yard last week.

The station reports the dog’s theft devastated owner Francisco Torres because of his struggles with PTSD. Angela Torres says PJ has “been really good” to her husband.

Surveillance video caught someone taking the dog from the gated yard outside of the family home.

No arrests have been made and officials aren’t saying how PJ was found.