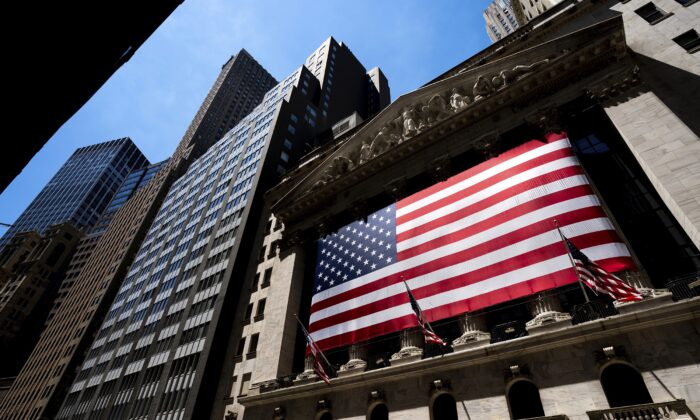 Stocks Slip on Wall Street After Another Meandering Day

NEW YORK—U.S. stocks dipped Tuesday following another day of meandering trading, as Wall Street debates whether the market’s strong recent run is the start of a turnaround or just a temporary blip.

Treasury yields climbed through the day as concerns calmed a bit that the first visit by a U.S. Speaker of the House to Taiwan in 25 years could spark conflict between the world’s two largest economies. Analysts also cited comments by Federal Reserve officials that suggested continued hikes to interest rates are coming in order to knock down inflation.

The S&P 500 is down nearly 1 percent so far this week after spurting in July to its best month since late 2020. It was a rare winning stretch for the market, which has struggled this year under worries about the highest inflation in 40 years and rising interest rates from the Federal Reserve to combat it.

Some weak recent data on the economy heightened speculation that the peak for inflation and for the Federal Reserve’s aggressive rate hikes may be approaching or has already passed. The weak data, though, also shows the risk of a recession as the Fed puts the brake on the economy.

A report on Tuesday showed that U.S. employers posted fewer job openings in June, and the number was weaker than economists expected. A lot rides on whether the job market can remain resilient. It’s been helping to prop up the economy as inflation tears into the finances of households across the country.

On Friday, a report will show how many workers U.S. employers added last month, and economists expect it to show the unemployment rate remains very low even as hiring slowed.

More support for Wall Street recently has come from stronger-than-expected corporate profits for the spring. On Tuesday, rideshare company Uber surged 18.9 percent after it reported stronger revenue than analysts expected.

Other better-than-expected reports so far this earnings season have helped the S&P 500 climb 11.6 percent since hitting a low in mid June. Such rallies of more than 10 percent have historically been common within long-term down markets, though more sharp drops can quickly follow them. Since 1929, “bear markets,” which are what Wall Street calls a long-term drop of 20 percent or more for stocks, have seen an average of 1.5 such “bear market rallies,” strategists wrote in a BofA Global Research report. Savita Subramanian wrote in the report that she is sticking with her year-end target of 3,600 for the S&P 500, which would imply a further 12 percent drop.

One discouraging signal for investors came Tuesday from a profit report by Caterpillar, seen by some on Wall Street as an economic bellwether. Its stock fell 5.8 percent after the Illinois-based maker of backhoes and bulldozers reported weaker revenue for the latest quarter than analysts expected.

Much of Wall Street’s focus Tuesday was also centered across the Pacific Ocean on U.S. House Speaker Nancy Pelosi, whose plane touched down in Taiwan a little after trading began in New York. Her visit ratchets up tensions with China, which claims Taiwan as its own and quickly announced it would conduct military maneuvers in retaliation for her presence.

The worry in financial markets is that tensions could boil over, leading to blockages in international trade. China and Taiwan are together the source of half the semiconductor chips consumed by the world “and almost all of the latest high-tech chips,” High Frequency Economics chief economist Carl Weinberg wrote in a report.

Treasury yields fell in the morning with the worries but recovered as the day progressed. The 10-year yield rose to 2.75 percent from 2.61 percent late Monday.