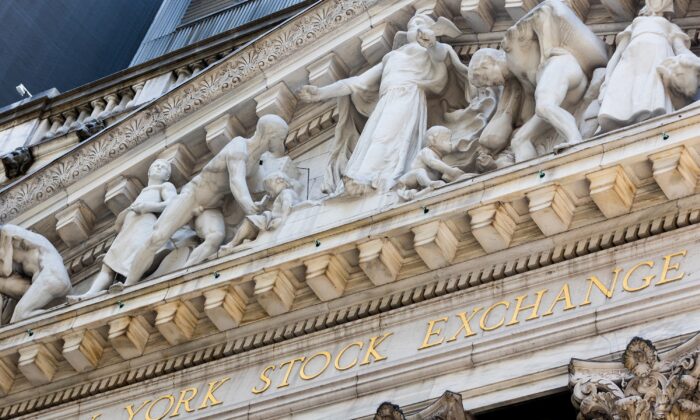 Major stock indexes initially climbed broadly following the government’s latest job market report, which showed employers slowed their hiring in August. The report put traders in a buying mood, stoking cautious optimism that the Federal Reserve may not need to raise interest rates as aggressively in its ongoing bid to tame inflation.

But the market reversed course by mid-afternoon, shedding all its gains. That left the S&P 500 and Dow Jones Industrial Average 1.1 percent lower. The Nasdaq composite fell 1.3 percent.

“The jobs report today was nice, but it was not enough to obviously sustain the rally,” said Ross Mayfield, investment strategist at Baird. “The bar to clear is ‘does this change the trajectory of the Fed?’ And I don’t know that this report is enough to say yes.”

In recent weeks, the market has wiped out much of the gains it made in July and early August as traders worried that the Fed would not let up anytime soon on raising interest rates to bring down the highest inflation in decades.

The latest jobs data appeared to give traders some hope that a key driver of inflation is cooling. On Friday, the Labor Department reported that the U.S. economy added 315,000 jobs last month, down from 526,000 in July and below the average gain of the previous three months. The unemployment rate also rose to 3.7 percent from 3.5 percent in July.

Average hourly pay jumped 5.2 percent last month from a year earlier, but slowed slightly from July to August. That’s a welcome sign in the inflation fight, as businesses typically pass the cost of higher wages on to their customers through higher prices.

”Today’s jobs report was a step in the right direction, in that the pace of job and wage growth stabilized,” said Matt Peron, director of Research at Janus Henderson Investors. “However, we reiterate our caution that we are not out of the woods just yet, as stubbornly high wage gains could keep the Fed on an aggressive path.”

The Fed has already raised interest rates four times this year and is expected to raise short-term rates by another 0.75 percentage points at its next meeting later this month, according to CME Group. Following the jobs report, expectations for that three-quarter percentage point hike fell to 56 percent from 75 percent on Thursday.

Signs of some slack in the labor market as well as more welcome news on falling gas prices “increase the odds that the economy could gradually return to milder inflation over the course of the next year without falling into recession,” Kelly said.

Stocks entered a skid last week after Chair Jerome Powell said the Fed needs to keep rates elevated enough “for some time” to slow the economy.

“The Fed is not going to be swayed by one or two pieces of data, and they are steadfast about getting inflation down,” Mayfield said. “They need a really broad and long body of evidence before they’re going to pivot because the last thing they want is to quit too early.”

The latest jobs data comes a day after the Labor Department reported unemployment claims fell last week in another sign of a strong job market. It said earlier this week there were two jobs for every unemployed person in July.

The Fed will also get to review upcoming reports on consumer prices and inflation at the wholesale level, among other economic reports, before its next interest rate policy meeting.

Friday’s afternoon market reversal followed an announcement by Russian state-run energy giant Gazprom that a halt in natural gas supply through the Nord Stream 1 pipeline to Germany may be prolonged. The company cited the need for urgent maintenance work on the pipeline. On Wednesday, Gazprom completely halted the flow of gas through the pipeline and said the stoppage would last for three days.

Treasury yields, which have been rising along with expectations for higher interest rates, fell broadly. The yield on the 10-year Treasury, which influences interest rates on mortgages and other loans, slipped to 3.20 percent from 3.26 percent late Thursday. The two-year Treasury yield, which tends to track expectations for Fed action, fell to 3.40 percent from 3.52 percent.

U.S. stock markets will be closed Monday for the Labor Day holiday.