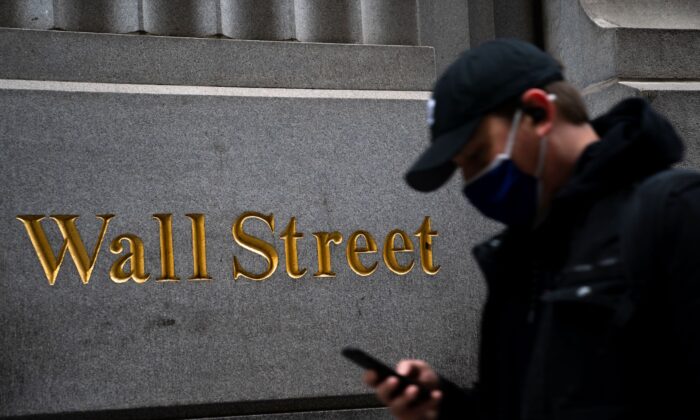 The S&P 500 rose 0.3 percent after veering between a loss of 0.1 percent and a gain of 0.8 percent over the course of the day. The Dow Jones Industrial Average eked out a 0.1 percent gain, while the Nasdaq composite rose 0.2 percent.

Investors were focused on a report from the Labor Department, which showed consumer prices jumped 7 percent last month. That’s the fastest year-over-year pace in the consumer price index in nearly four decades. The sharp increase, which was in line with economists’ forecasts, came a day after Fed Chair Jerome Powell told Congress that the central bank stands ready to raise rates to fight inflation.

“That’s the next (thing) that investors are looking at, trying to figure out what the Fed is really, really going to do and what they really can do,” said Tom Martin, senior portfolio manager with Globalt Investments.

The modest gains were led by technology stocks, which have been choppy in recent days. The prospect of higher interest rates tends to make pricey sectors like tech less appealing. Microsoft rose 1 percent and chipmaker Nvidia rose 0.7 percent.

A mix of retailers and other companies that rely on direct consumer spending, such as auto companies, also made solid gains. Nike rose 1.3 percent.

Health care companies were the only laggard among stocks in the S&P 500. Biogen slid 6.7 percent on news that Medicare is limiting coverage of the biopharmaceutical company’s $28,000-a-year Alzheimer’s drug whose benefits have been widely questioned.

Bond yields were mostly stable. The yield on the 10-year Treasury fell to 1.73 percent from 1.74 percent late Tuesday.

Wall Street has been closely watching rising inflation to gauge the impact on businesses and consumers, as well as on the Fed’s plan to trim its support for the economy and markets.

The central bank is reducing bond purchases that helped keep interest rates low throughout the virus pandemic. Investors are closely watching to see just how soon the Fed will start raising interest rates to fight inflation.

“We’re in a period where I don’t think we’ve ever been before with the amount of stimulus that was put to work,” said Greg Marcus, managing director of UBS Private Wealth Management. “You can’t have that much of an increase without having inflation ticking up.”

The market now puts the chances of the Fed raising short-term rates by at least a quarter point in March at around 75 percent. A month ago, it was about 36 percent.

Wall Street will get another update on rising inflation on Thursday, when the Labor Department releases December results from an index based on U.S. wholesale prices, which shows how inflation is affecting costs for businesses.

Businesses in a wide range of industries have been passing higher costs off to consumers, but many have been warning that they will still feel a financial impact because of higher prices and supply chain problems. Medical products maker Cardinal Health was the latest to issue such a warning earlier this week.

Wall Street will be closely watching the latest round of earnings to see how companies are dealing with inflation. Several airlines and banks this week will be among the first big companies to report their latest financial results.