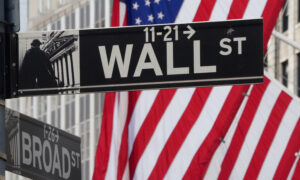 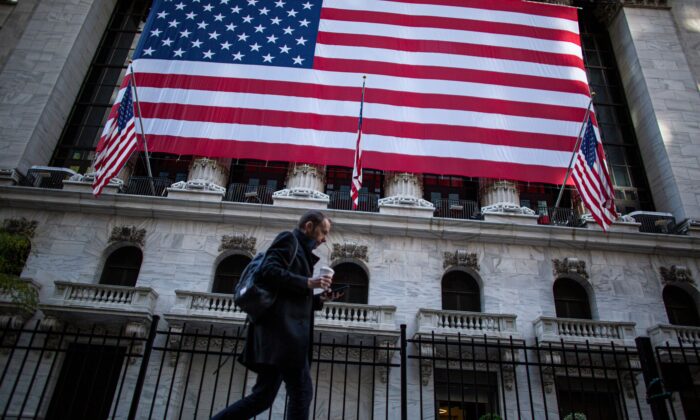 Stocks Rally as Blue Wave for Democrats Not Likely: Analysts

The Dow Jones Industrial Average rose more than 600 points in mid-afternoon as a tight presidential race unfolded in battleground Michigan. The S&P 500 index and the Nasdaq Composite also were trading sharply higher. Gains in the S&P 500 were led by health care, communication services, and information technology stocks.

The prospect of waiting for days for presidential and Senate election results caused price swings in futures markets overnight after the polls closed on Nov. 3. By the early hours of Nov. 4, investors flocked back to stocks although the presidential race was very close and control of the Senate was still uncertain.

“It does look like we’re going to get a decision this week hopefully pretty clearly, which could avoid drawn-out uncertainty,” Nick Reece, senior analyst and portfolio manager at Merk Investments told The Epoch Times.

“It looks like there’s going to be a clear decision, but it’s of course not a blue wave, and so the Senate does look very likely to stay in control by the Republicans.”

Reece noted that a split Congress—with Democrats keeping the House and the Republicans the Senate—would mean gridlock in Washington, which is “probably a good thing for the markets.”

The treasury yields also plummeted as it looked increasingly likely that Congress would remain divided. The 10-year Treasury yield was down 13.5 basis points from its Nov. 3 close.

“Until clear results are available, financial markets are likely to remain unsettled and highly sensitive to election-related news,” Wells Fargo Investment Institute warned its clients in a report.

“Late counts often come from large counties that may flip the race from one candidate to the other days later.”

Several states warned that they need more time to count the votes, including Nevada, Pennsylvania, Michigan, and Georgia.

The markets could be roiled if the presidential race is close enough that candidates could launch legal challenges in states where the winner’s margin is small, according to analysts.

While it’s still early, the Republicans are expected to hold on to the Senate, which removes a lot of uncertainty for markets, according to Sameer Samana, senior global market strategist at Wells Fargo Investment Institute.

“It makes tax increases, and other major legislative overhauls much less likely. It also means that the two sides of the aisle will have to work together on any future stimulus, which may be smaller than markets had hoped for in a blue wave scenario,” he told The Epoch Times.

For the past few months, financial markets have been hedging the potential for volatility around the election, due to potential delays and legal challenges. The cost of hedging against the volatility risk rose in recent weeks, making the 2020 election the most-expensive event risk on record.

The contest over the 2000 presidential election between George W. Bush and Al Gore, which was settled by a Supreme Court decision, led to a five-week period of stock market weakness, according to a Northern Trust Asset Management note published in October.

It’s still possible to have a disputed election, but as of Nov. 4, analysts give a low probability to a legal dispute that could cause weeks of delay.