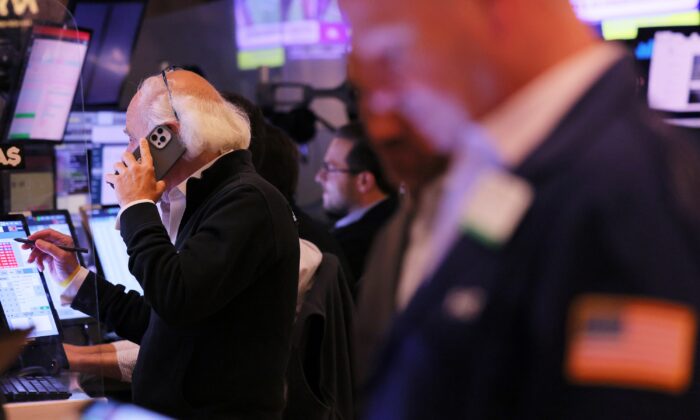 NEW YORK—Stocks ticked higher Wednesday as Wall Street waits for a highly anticipated speech about interest rates at the end of the week.

It’s the second straight day of modest moves for the market, but they follow some severe swings up and down over the prior weeks.

Stocks drove higher through the summer on hopes that inflation was near its peak and that the Federal Reserve may hike interest rates less aggressively than earlier feared. But recent comments by Fed officials have cooled such expectations, sending Wall Street on Monday to its worst day in months. Discouraging reports on the economy have meanwhile highlighted the risk of a recession.

Wall Street’s focus remains centered on Friday, when Fed Chair Jerome Powell gives a speech at an annual economic conference in Jackson Hole, Wyoming. It’s been the setting for market-moving speeches in the past, which has investors hoping Powell will offer clarity on further rate hikes. Will he be hawkish, which is what traders call a bias toward aggressive rate increases? Or dovish, which is Wall Street-speak for easier conditions?

Brian Jacobsen, senior investment strategist at Allspring Global Investments, doesn’t expect Powell to be clearly one or the other.

Jacobsen warned the speech may be a “nothingburger” with little to chew on, though the market could take that as a positive given some expectations for Powell to sound hawkish.

Higher interest rates slow the economy in hopes of undercutting inflation. But they also risk choking off the economy if done too aggressively, and they pull down prices on all kinds of investments.

Treasury yields have been rising recently, partly in anticipation of the Fed continuing to lean toward raising rates aggressively to quash the worst inflation in decades. The two-year yield, which tends to track expectations for the Fed, rose to 3.40 percent from 3.30 percent late Tuesday.

The 10-year yield, which helps set rates for mortgages and many kinds of loans, rose to 3.11 percent from 3.05 percent after a report showed that U.S. orders for long-lasting goods were flat in July. Excluding transportation, though, growth was stronger than economists expected.

In the stock market, Intuit rallied 3.6 percent for one of the larger gains in the S&P 500. The owner of TurboTax delivered stronger results for the latest quarter than expected and forecast revenue for the upcoming fiscal year that topped some analysts’ expectations.

On the losing end were several retailers, which are among the last companies to report how much profit they made during the spring.

Nordstrom tumbled 20 percent after it cut its financial forecast for the year, though it reported stronger profit for the latest quarter than expected. It’s the latest major retailer to say it’s struggling to keep up with its customers’ changing shopping patterns.

Shoppers are shifting their spending away from stores and toward travel and other experiences. The ones still coming through the doors are seeing their buying power undercut by high inflation, with pressure hitting lower-income customers in particular. That has the industry facing mountains of unsold inventory.

Advance Auto Parts slumped 9.6 percent after its quarterly results fell short of expectations. The car parts chain said its do-it-yourself customers are getting squeezed by high inflation and gasoline prices well above where they were a year ago.