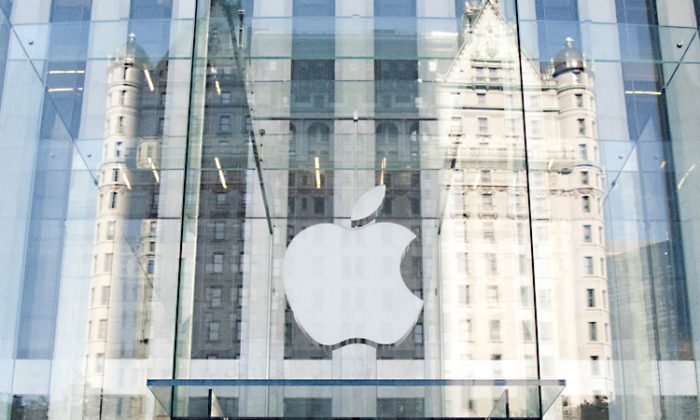 Apple Inc. is one of many U.S. companies announcing new or increased share buyback plans in 2012, but whether these programs benefit investors is a matter of debate. (Don Emmeert/AFP/GettyImages)
Business & Economy

Individual investors are being urged by their brokers or investment advisers to invest in stock buybacks, suggest some investment strategists.

“A buyback, they argue, is like some sort of magical panacea. … It allows companies to invest in themselves which pushes the share price higher,” a mid-August article on the Money Morning website states.

However, the Money Morning article advises against investing in any company that has a stock buyback scheme and suggests that stock buyback’s are a management plot to earn a higher bonus if the company’s remuneration package includes the company’s stock.

When stock is bought back, earnings per share increases, as there are less shares in the market. “It’s a sneaky way management uses the shareholders’ money in a clever shell game,” the Money Morning article states.

The YCharts website indicates that companies that buy back outstanding stock increase the shareholder’s worth. The stock is of more worth, as the earnings are divided over a smaller amount of stocks.

A company might buy back its outstanding stock because it believes that it is undervalued, “but it is up to the investor to determine if the company is correct,” the YCharts entry advises.

Hazard to Liquidity During Market Slumps

Buybacks could create a liquidity problem for a company during a market slump. If when the business is doing well, management uses excess funds to buy back stock instead of investing it in the company or holding it in case of a market downturn, during economic decline, the company will experience cash shortfalls, affecting the operating cycle of the company.

“Buybacks push up share price even further in good times and are then suspended in bad times, allowing the share price to fall further than it would ordinarily,” the Money Morning article advises.

Dividends are even more so in danger of either being reduced or stopped during economic hardship by a company that uses a stock buyback scheme. When reinstated, dividends are often lower.

“Either way, the cash dividend is in much more danger with a company that repurchases shares than with one that does not,” according to the Money Morning article.

The article pointed to BB&T Corp., a community bank that was formed in 1872, which used to pay a $0.46 cash dividend and bought back stock. In 2009, in the midst of the economic upheaval, BB&T suspended dividend payments, no longer bought back stock, and issued stock at a much lower price. Today, the bank is paying its investors a dividend, but only $0.20 cents per share.

To understand the fallacy of stock buyback, one needs to evaluate Apple Inc., which declared a $10 billion stock buyback. The buyback will water down the company’s book value per share, according to a Sept. 21 Money Morning article.

Once Apple buys back shares at $10 billion, the book value will be reduced by $10 billion to $96.3 billion. In the long run, the article argues that Apple’s share price will decrease and especially hurt a small investor.

“The moral is clear. Dividends are paid in cash, to all shareholders, and thus represent a real value return on your investment. … Stock buybacks give nothing to the individual shareholder, may reduce his share price if carried out at too high a price, and may endanger his dividend by reducing the company’s cash reserves in the next recession,” the Money Morning article advises.

“Company buyback activity increased significantly during the second quarter. The last time we have seen this level of activity was during the pre-recession heydays of 2005–2007,” said Howard Silverblatt, senior index analyst at the S&P Dow Jones Indices LLC, in a Sept. 20 release.

Silverblatt further suggests that while the stock market declined, the firms used their cash position to buy back shares and “add a tail-wind to their eps [earnings per share] during a quarter which set an operating record for profits.”

The S&P 500 Indices report suggests that the total increase of stock buybacks increased in the second quarter of 2012 by 32.6 percent from $84.3 billion during the first quarter to $111.7 billion.

Buying back shares worth $23.8 billion, the health care sector was the front-runner concerning share buybacks. Johnson & Johnson bought back $12.9 billion of its outstanding shares, affecting its liquidity by $8.2 billion. Johnson & Johnson became the second highest quarterly stock repurchaser in history after IBM, which bought back stock worth $15.7 billion in 2007.

“With average daily prices up 3% and quarter-to-date prices up over 7%, buyback dollars won’t go as far as they did during the depressed second quarter,” Silverblatt said.

Silverblatt advises investors to review a company’s financials more carefully, because earnings per share will be higher in the third quarter, given the large amount of stock repurchases.

“Investors again will need to look at the aggregate net income change, as well as earnings per share, when evaluating these issues,” he said.

Taking the Mystery Out of Buying Back Shares

“The notion that share buybacks can add or destroy value for remaining shareholders depending upon the price paid relative to intrinsic value is old school common sense corporate finance,” a mid-June research report by Credit Suisse states.

Before investing in a company that employs the buyback of stocks scheme, the investor should carefully evaluate the company’s financial performance over time and then compare it to a given benchmark, such as the cost of equity. This technique should tell the investor whether the value of the company is growing or shrinking.

“If the returns on the buybacks outpace the cost of equity, it indicates the company has been successful at buying shares below intrinsic value and adding value for remaining shareholders. … If the returns come in below the cost of equity this indicates the company has been buying shares above intrinsic value and destroying value,” according to the Credit Suisse research report.