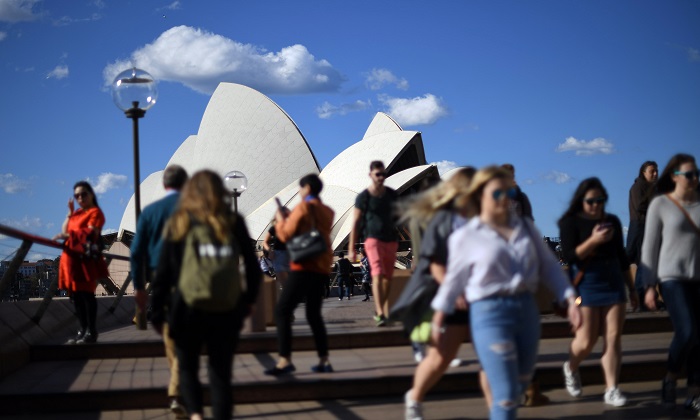 Australians have been undergoing a fall in living standards – the longest in more than 25 years. Many of the country’s citizens appear unsurprised.

In an issue that typically fails to attract media attention, The Australian newspaper reported that growth costs in the country have exceeded earnings for the fifth consecutive quarter.

Average household incomes have dropped 1.6 percent in the year up until September.

The cost increases have hit regular people in a big way and come in the form of big hikes in electricity, rent, new housing and health.

“Households are spending their money on non-discretionary items — the things you can’t avoid — and they’ve been going up much more quickly than discretionary items,” National Australia Bank’s head of research Peter Jolly told The Australian.

? Listen: Can Australia maintain its high standard of living in the face of declining productivity? https://t.co/wfLuaO2rQE #UnimelbPursuit pic.twitter.com/via6TkJrBP

Any modest wage rises that workers may get sees them being partially absorbed as they are pushed into higher tax brackets, reported the newspaper.

“Although living standards stopped rising after 2011, the ­decline since the middle of 2016 is new and reflects both the fall in wage growth and an increase in tax payments,” said the report.

Employment growth in the country has also been among lower paying jobs, which diminishes average incomes overall.

The article and the issues raised attracted its fair share of comments online.

“Yes indeed the standard of living is dropping, primarily amongst the less well off in our society and the primary reason is the deliberate state and federal government policy to increase power costs by closing thermal generators and increasing the renewables footprint,” said one commenter.

Another said Australia’s high immigration intake was to blame.

“The only people who benefit from high migration are the major corporations and the big retailers, the rest of us have to get by on falling wages,” that person said.

Another gave a past comparison.

“Thirty years ago Australia wasn’t so wealthy, was more humble and had a solid national identity,” that person wrote. “There is more money and bling on our city skylines now, but believe me younger people, it was a much better place to live in.”

Another said worse was yet to come.

“We ain’t seen nothing yet. Power shortages and prices will see Australia plummeting to third world status, but we are helping to save the planet from that scary-green-thing, right?”

“We are a third world nation, it’s just nobody has noticed yet. The signs are there for all to see. Ageing infrastructure, unreliable power supplies, no manufacturing, massive national debt,” they commented.

Another blamed the welfare state.

“When you have a welfare system and a medical system like Australia, some poor working class bloke/woman has to support it,” one said.

having the highest #immigration rate of any developed country – #Australia can't keep up its #infrastructure➡️@simongerman600 Just a scary house price chart for #Australiapic.twitter.com/oQkp33by9K

High Immigration Not Supported by Infrastructure

“Per capita measures of the economy suggest that growth in living standards has stagnated and for some sections of the resident population, in particular younger people, it has gone backwards,” he wrote.

While profits have gone up for corporations, workers have had their incomes fall to record lows. When adjusted to rising living costs, workers are seeing their pay packets go in reverse, said Aird.

Workers in the country are also competing with mass arrivals of people each year, further driving down wages. Australian currently takes in over 200,000 immigrants per year. At the turn of the century, it was around 90,000 people, reports the ABC.

The government has been criticized for not investing in necessary infrastructure to accommodate such large numbers of immigrants, most of whom settle in Sydney and Melbourne – both cities now known for being expensive to live in.

Aird said that Australia’s policy of mass immigration also needed to be accompanied by the proper building of infrastructure.

“The policy decision to run a relatively high immigration intake should be accompanied by commensurate growth in public investment,” he said.

“If not, in addition to the capital stock ageing, the existing stock of public infrastructure gets diluted which ultimately lowers living standards.”