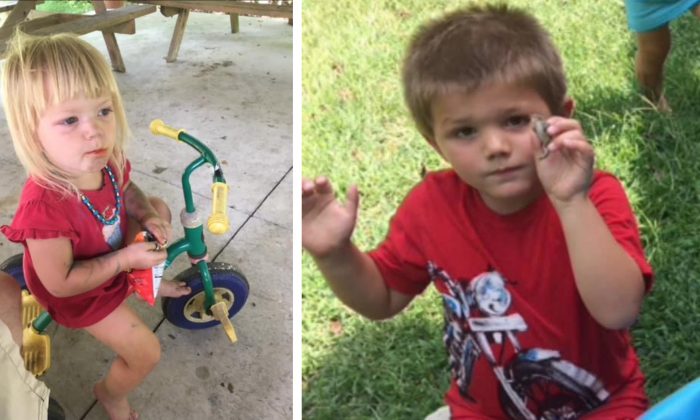 Pennsylvania police are searching for a 2-year-old girl and her 4-year-old brother, missing since Sunday.

According to a post on the Adams County Crime Stoppers Facebook page, Lilyen June Vanmetre and Jayden Cash Vanmetre were last seen in Adams County on Aug. 25.

A reward has been offered for information leading to the whereabouts of the missing children.

“Anyone who has information regarding the whereabouts of the children are asked to contact the Pennsylvania State Police Gettysburg at 717-334-8111 or the Adams County Crime Stoppers hotline at 717-334-8057,” authorities noted in the Facebook post.

One of the commenters said: “Many times these are abductions by noncustodial parents. Praying that this is the case here, and these precious ones are in a safe environment with a parent.”

Another wrote, “Praying for these precious babies that they are found safe.”

Tips regarding the children’s possible whereabouts can also be submitted at crimestoppers.com.