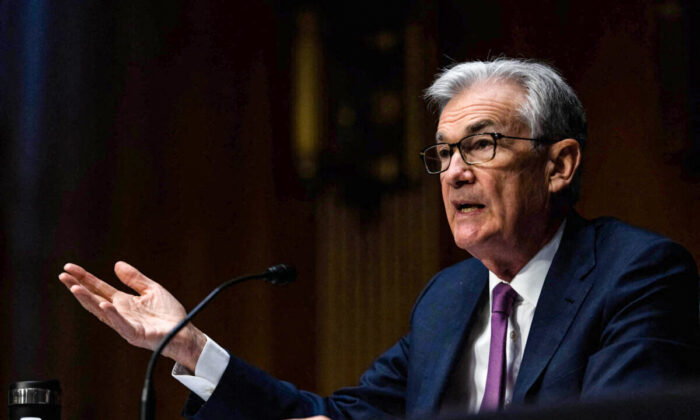 Persistently high inflation is raising the risk that the Federal Reserve will move to tighten monetary policy more aggressively, Goldman Sachs analysts said in a weekend note, with the Wall Street giant seeing a growing possibility of more than four interest rate increases this year.

The Fed’s most recent dot plot, which charts policymakers’ outlook on the path of future interest rates and was released as part of the central bank’s revised December Summary of Economic Projections (pdf), projects three quarter-point rate increases in 2022. That would put the target federal funds rate within a range of 0.75 and 1.0 percent by the end of the year.

However, Goldman economist David Mericle wrote in a note cited by Seeking Alpha that sticky inflation will force the Fed into a faster tightening schedule than members of the Fed’s policy-setting Federal Open Market Committee (FOMC) currently project.

“We see a risk that the FOMC will want to take some tightening action at every meeting until the inflation picture changes,” Mericle wrote. “We also increasingly see a good chance that the FOMC will want to deliver some tightening action at its May meeting, when the inflation dashboard is likely to remain quite hot. If so, that could ultimately lead to more than four rate hikes this year.”

Five 25-basis-point rate increases would put the target federal funds into a range between 1.25 and 1.5 percent by the end of the year. Currently, the benchmark interest rate sits between zero and 0.25 percent.

Goldman’s projection comes ahead of the FOMC’s next policy meeting on Jan. 25–26.

Surging prices have put pressure on the Fed to accelerate policy normalization. Inflation in the United States climbed by 7.0 percent in the 12 months through December, a level not seen since June 1982, when it hit 7.2 percent.

“This is not a lucky number 7,” Bankrate Chief Financial Analyst Greg McBride told The Epoch Times in an emailed statement, in which he noted that the pace of inflation was “far outstripping the wage growth of most Americans and squeezing the buying power of households.”

A recent government report showed that real average hourly earnings, which are adjusted for inflation, fell 2.4 percent in the 12 months through December.

Recently released minutes from the Fed’s December policy meeting (pdf), along with sticky inflation and continued recovery in the labor market, suggest a faster path for monetary policy tightening.

The minutes also indicate Fed officials said they may accelerate the process of reducing the central bank’s $8.8 trillion balance sheet.