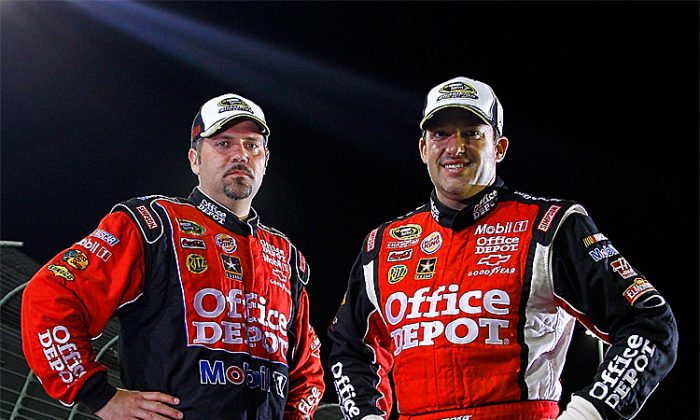 Rumors have had Addington going to Stewart-Haas racing since midseason. Grubb was told mid-Chase that he wouldn’t be back in 2012. It is uncertain at this time if the Championship win might have changed that.

Stewart didn’t win a race all season and was tenth entering the Chase—ahead of only the two wild card entries. Stewart started the Chase with two wins, but finished 25th and 15th in the next two races. At that point, Grubb was told he would not be back with the team in 2012.

“I was told early-on in the Chase, before Charlotte, that I wasn’t going to be here next year,” Grubb told NASCAR.com.

The team bounced back with 8th-, 7th- and 3rd-place finishes plus three wins in the final six races to win the championship. Grubb said that knowing he was leaving might have spurred his crew to extra efforts.

“It probably made the guys rally around a little more,” Grubb said. “We all felt like we were a team to beat, and we wanted to prove that. Everybody went out there and just kept doing their jobs, kept their heads up and didn’t let it drag anybody down.”

During his victory speech at Homestead-Miami Speedway Sunday, Stewart intimated that he might be reconsidering. “”There’s a lot of decisions that have to be made, and obviously we wanted to get through this championship first,” Stewart told NASCAR.com. “We’ll sit down as a group this week and figure out the direction of our program.”

It is possible that Stewart will try to fit both Steve Addington and Darian Grubb into Stewart-Haas racing instead of simply swapping one for the other.