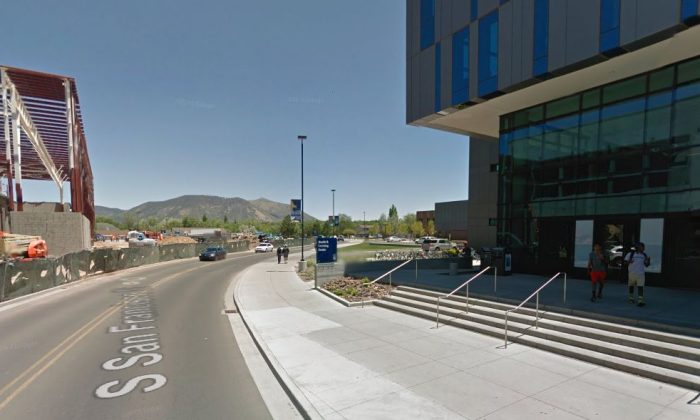 The location of Northern Arizona University, as seen in this Google Street View screenshot. Steven Jones was identified as a shooting suspect on Monday. (Screenshot/The Epoch Times)
US

A freshman student at Northern Arizona University (NAU) in Flagstaff, Arizona, was identified as the alleged gunman behind a shooting on the campus on Friday. At least one person was left dead and three others were injured.

During a press conference after the incident, Northern Arizona University Police Chief G.T. Fowler issued a statement, saying that “a lot of things need to be accomplished before we can release a great many details.” He added that “nothing happened” in the campus residence halls.

Jones, 18, didn’t run away from the scene and he is reportedly “cooperating” with authorities.

“Jones was involved in an altercation with students at the school, the nature of which remains unknown,” he said, per Newsweek. “We don’t know the facts yet about what brought [the students] together or what caused the confrontation,” the chief added.

The #NAUShooting suspect has been identified as 18 y/o Steven Jones – Cheif believes he’s a freshman pic.twitter.com/fNLwcBpgrZ

Fowler said that two groups of students got into a confrontation in the campus parking lot before Jones allegedly opened fire on the group.

The shooting took place at around 1:20 a.m. local time, he said, according to USA Today.

Administrators identified the victims as Nicholas Prato, Kyle Zientek, and Nicholas Piring. The deceased student is Colin Brough, according to the paper.

“We had just left a party and were standing in the street getting ready to walk home when a guy walked up with a pistol and just started shooting,” said an eyewitness, who was not identified, told The Daily Sun.

“I heard five or six shots and then my friends just tackled him. They got him really quick. We were leaving and it all happened on the sidewalk across from Mountain View,” the witness continued.

The gunman was tackled to the ground.

“He didn’t get a chance to hurt himself. I saw him in handcuffs when the cops came,” the person added.