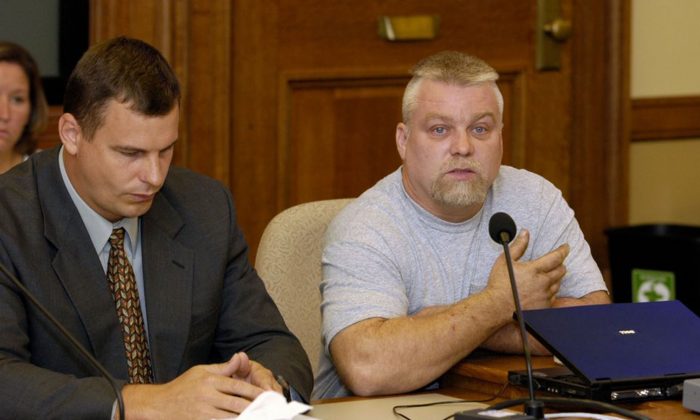 This image released by Netflix shows Steven Avery, right, in the Netflix original documentary series Making A Murderer.(Netflix via AP)
Crime and Incidents

The Netflix true crime show “Making a Murderer” proved very popular, and since it came out people have been floating their opinions about what actually happened.

The show featured Steven Avery, who was convicted in 2007 of murdering Teresa Halbach, a photographer, in 2005.

Avery’s mother is the latest person connected to the case to speak out, telling WAAF radio that she believes her son is innocent.

A number of people agree, but the mom actually thinks Halbach is still alive and that she may have participated in faking her death to frame Avery, according to the audio. “I don’t think she’s even dead,” Dolores said, later adding that the bones that were found were planted. “They planted the key,” she noted.

The mom never explains why Halbach would go into hiding to frame Avery. She has declared before that she thinks her son is innocent but has never before floated the theory that Halbach isn’t dead.

But Halbach’s family insists that Avery is guilty.

“He is 100 percent guilty. No doubt about it,” Teresa’s aunt, Kay Giordana, told People magazine.

“I was very upset, but I know the right people know the truth,” she said.

“It is not even close to what really happened. Everybody has their own side of a story. That is the Avery family’s side of the story. I wouldn’t expect it to be different. They think he is innocent. I am not surprised. I am surprised that someone would put that together in that way and have it [be] one-sided.”