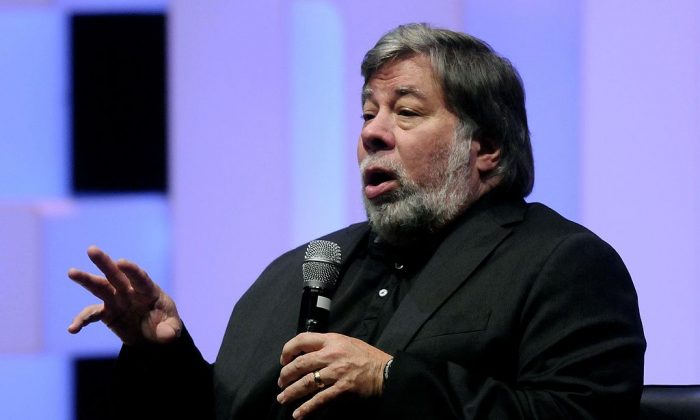 Steve Wozniak, Co-Founder of Apple, Announces His Own Aerospace Company With Enigmatic Video

Tech entrepreneur Steve Wozniak introduced his new aerospace company, Privateer Space, but the teaser video left everyone with more questions than answers. Will it be competition for SpaceX, Blue Origin and Virgin Galactic?
By Entrepreneur

Apple co-founder Steve Wozniak has just announced his new project: the creation of his own aerospace company called Privateer Space. Although he did not clearly spell out his goals, there is speculation it could compete with Elon Musk’s SpaceX, Jeff Bezos’ Blue Origin and Richard Branson’s Virgin Galactic.

Just a few hours ago, Wozniak posted a cryptic message on his Twitter account to break the news:

“A private space company is starting up, different from the others,” wrote the tech entrepreneur alongside a YouTube link.

A Private space company is starting up, unlike the others. https://t.co/6s8J32mjuF

The video is no less mysterious than the tweet from “Woz,” as he is also known.

“Together we will go far. We will take care of each other, we will solve problems together, this is not a race, it is not a competition or a game,” says a voice-over, most likely referring to the rivalry that billionaires have shown in space.

“We are not one person, one company, one nation… We are one planet […] and it is up to us to work together to do what is right and good. So here’s to taking care of what we have, so that the next generation can be better together,” the teaser continues.

The video closes with the phrase “The sky is no longer the limit” before showing the name of Steve Wozniak’s new aerospace company.

According to the Xataka portal, Woz’s aerospace company will be co-founded by Alex Fielding, founder of the robotic-digitization company Ripcord. They also point out that instead of entering the “space race,” Privateer Space would focus on cleaning up the space debris generated by the many satellites that launch into space each year.

On the website of the space company, you can read that they are working in “stealth mode” and that they will give more details at the AMOS Tech 2021 conference. This event is an event on spatial awareness in which educational institutions, government agencies and private companies participate. It will take place September 14-17 in Maui, Hawaii.

Related: What About Ad Astra, the Mysterious Disruptive School Created by Elon Musk Where His Children Study?