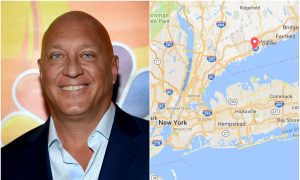 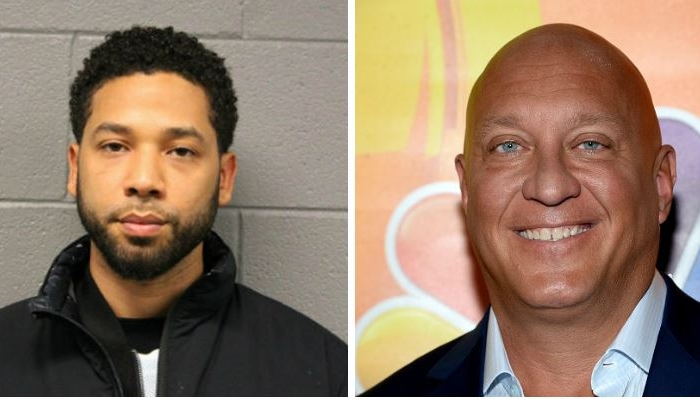 Jussie Smollett (Left),the "Empire" actor turned himself in early to face a charge of making a false police report when he said he was attacked in downtown Chicago by two men who hurled racist and anti-gay slurs and looped a rope around his neck. on Feb. 21, 2019 .(Chicago Police Department via AP) Television Personality Steve Wilkos (Right) attends the NBCUniversal press day during the 2016 Summer TCA Tour at The Beverly Hilton Hotel in Beverly Hills, Calif. on August 2, 2016. (Photo by Matt Winkelmeyer/Getty Images)
US News

Television personality Steve Wilkos wants Jussie Smollett to come on his show so that the actor can clear his name once and for all.

Wilkos invited the disgraced actor to appear on “The Steve Wilkos Show” and take a lie detector test during an interview released Friday on “The Breakfast Club.”

“When this first went down, I said, ‘Man, that case is bulls**t man,’” Wilkos said. “It just makes no sense. Everybody is so outraged about what’s happening now. But, my thing is, he didn’t kill anybody. He didn’t rob anybody.”

Wilkos used to be a Chicago Police Department officer and said that there are cases that are handled similarly to Smollett’s. On Tuesday, prosecutors dropped all charges against the actor.

“He’s high profile, but if he were Joe Shmuckatalie, no one would care about it,” Wilkos said.

All charges dropped and sealed #Jussiesmollett wants to go back to work and live his life! #Sourcenews

Wilkos claimed he wasn’t sure if Smollett was innocent, but offered what he thought would be the best way to prove it.

“Come on my show and take a lie detector test, whether you set this up,” Wilkos offered during the segment.

The charges against Smollett were reportedly dropped because he had completed two days of community service, according to prosecutors.