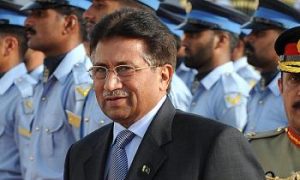 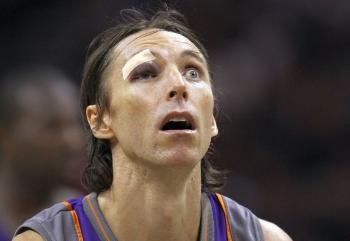 By James Bishop
Print
Steve Nash helped drive the Phoenix Suns to a 107–101 victory against the San Antonio Spurs on Sunday, despite Nash being injured in the third quarter. The win gave the Suns a four-game sweep, advancing the team to the Western Conference finals.

Nash scored 20 points, playing a good part of the second half with only one eye open. Power forward Amar'e Stoudemire lit up the scoreboard with 29 points.

Nash did it all with an eye that was swollen shut for part of the game. He had been elbowed in the face, causing him to retreat to the locker room during the third quarter, only to return and finish the game.

The pair recreated the same scenario in game four as in games one, two, and three. The Suns' victory was sweet revenge for the team that has been eliminated from the playoffs by the Spurs four times since 2003.