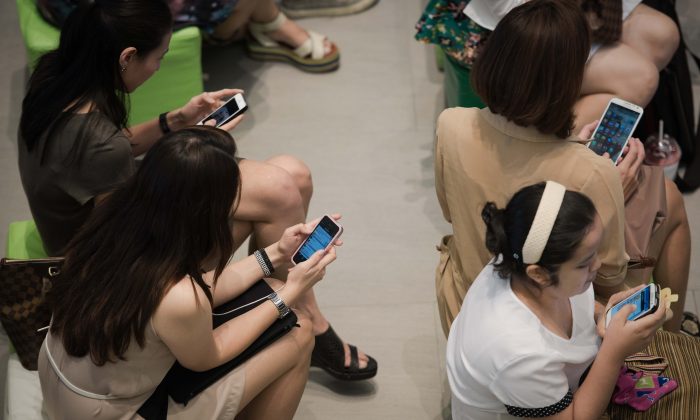 Steve Jobs Didn’t Let His Kids Use iPhones or iPads: Why Not?

Steve Jobs, the Apple visionary, didn’t let his children use iPhones or iPads when he was alive.

Jobs, who helped create many of Apple’s most famous products, was the father of two teenage girls and a son before he passed away in 2011.

New York Times reporter Nick Bilton recently revealed a portion of an interview he once had with Jobs.

“So, your kids must love the iPad?” Bilton asked.

“They haven’t used it. We limit how much technology our kids use at home,” Jobs responded.

“‘m sure I responded with a gasp and dumbfounded silence. I had imagined the Jobs’s household was like a nerd’s paradise: that the walls were giant touch screens, the dining table was made from tiles of iPads and that iPods were handed out to guests like chocolates on a pillow,” Bilton added. “Nope, Mr. Jobs told me, not even close.”

Jobs didn’t elaborate in the interview, but Walter Isaacson, author of Steve Jobs, confirmed that Jobs valued time with his family away from screens.

“Every evening Steve made a point of having dinner at the big long table in their kitchen, discussing books and history and a variety of things,” Isaacson wrote.

“No one ever pulled out an iPad or computer. The kids did not seem addicted at all to devices.”

The NYT article includes quotes from a number of those involved in the tech world who also strictly limit their children’s screen time, including banning all gadgets on school nights.

“My kids accuse me and my wife of being fascists and overly concerned about tech, and they say that none of their friends have the same rules,” Chris Anderson, CEO of 3d Robotics, said of his five children, 6 to 17. “That’s because we have seen the dangers of technology firsthand. I’ve seen it in myself, I don’t want to see that happen to my kids.”

Bilton says that the dangers he refers to include harmful content such as pornography, cyber bullying, and becoming addicted to devices.