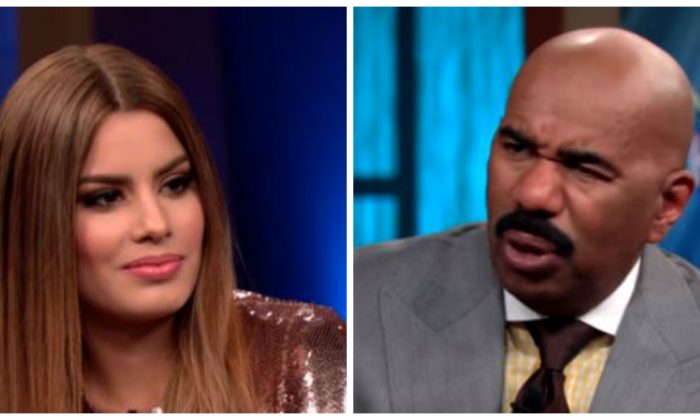 Steve Harvey Finally Apologized to Miss Colombia in Person. Then She Told Him to ‘Learn How to Read’

Steve Harvey’s flub while hosting Miss Universe late last year is well-documented. He’s apologized multiple times for his gaffe, which led him to mistakenly name Miss Colombia as the winner before backtracking and confirming that Miss Philippines had actually won.

Harvey apologized to Miss Philippines, Pia Wurtzbach, in person after the ceremony, but he had not had the chance to say sorry to Miss Colombia, Ariadna Gutierrez, since the mistake.

He finally did so when Gutierrez appeared on his talk show this week.

Harvey asked Gutierrez how she felt about the way he had handled the situation, adding that, “This is so nerve-wracking.”

“You have to learn how to read cards,” she responded, prompting laughter.

“You wanted me to win,” she said. Harvey yelled “Yes!” and the two high-fived.