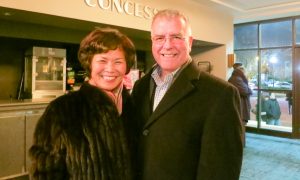 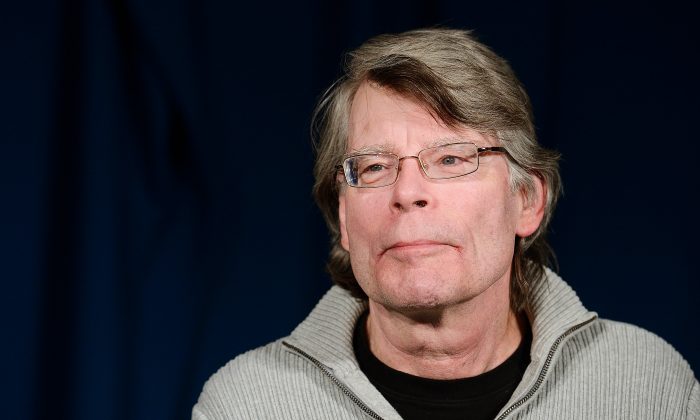 Author Stephen King has been a vocal critic of Republican politics, as his Twitter feed reflects.

Even though King’s books are full of evil and gore, death and disaster, and horrible things in general, the author showed that in real life he values life.

When first he heard that a train carrying members of the Republican Party to a conference had collided with a garbage truck on Feb. 1, the award-winning author made a joke.

A trainload of Republicans on their way to a pricey retreat hit a garbage truck. My friend Russ calls that karma.

Almost immediately people commented that this was no laughing matter—one person had died in the collision.

King realized he had inadvertently crossed a line. Twenty minutes after the first tweet, he posted, “Of COURSE sorry the truck driver died.”

As it turned out, the fatality was not the truck driver, but a passenger in the truck who was not traveling with the politicians.

After thinking it over for a few hours, King realized that politicians were people, and the accident was a human tragedy, not an appropriate situation to be attacking politicians, or anybody else.

While it seemed hard for him to say, King even admitted that the members of the Republican delegation, politics non-withstanding, responded as good people—they all got out and did whatever they could to help.

A rather thoughtless tweet from me concerning the train-truck crash, for which I apologize (if one is necessary). It should be pointed out, too, that those Republican politicians, who can be heartless when they vote, immediately got out to help.

King didn’t seem to want to apologize—but he did, and even offered praise, however grudgingly, to his political opponents.

House Speaker Paul Ryan, who was among the Republicans on the train, tweeted about the incident himself.

Today’s incident was a terrible tragedy. We are grateful for the first responders who rushed to the scene and we pray for the victims and their families. May they all be in our thoughts right now.

And to wrap up the Twitter activity, Stephen King retweeted a call for help for the fatally injured passenger, Chris Foley, whose co-workers have set up a GoFundMe page to help his family.

The GoFund Me page says, “Chris lost his life. We here at the company lost a friend and a brother, his one year old son and mother of his child lost a father.”

“We are trying to raise enough for the family to cover funeral cost and help with some living costs.”

We spent yesterday covering a train accident because hundreds of members of Congress were on board.

But the real tragedy is Chris Foley, who was killed. His family and baby need your support — if you’re able, please consider helping them. https://t.co/YOJuSdb2F1