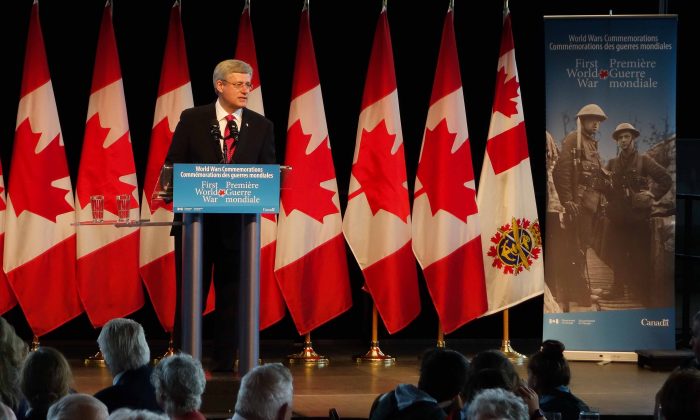 When we left the country to go traveling at the end of September, I expected the Conservatives to win a slim minority and defer Parliament’s reconvening to early January, at which point the opposition would combine forces to bring the government down. Then, unable to command the confidence of the House, Stephen Harper would ask the governor general to dissolve Parliament, thus precipitating another election.

Technically, the governor general could decline such a request, but my guess was that he’d accede. Consequently, we’d be back to the polls in February or March.

So much for my powers of prognostication!

In losing, Harper missed the chance of defying the historical odds by becoming the first prime minister to win four consecutive elections since Wilfred Laurier in 1911. Instead, he joins the list of those who stayed too long and pushed their luck too far.

All political lives, unless they are cut off in midstream at a happy juncture, end in failure, because that is the nature of politics and of human affairs.
— Enoch Powell, British politician

The British politician Enoch Powell once observed, “All political lives, unless they are cut off in midstream at a happy juncture, end in failure, because that is the nature of politics and of human affairs.” And while there are no doubt exceptions to Powell’s rule, a look at Canada’s long-serving prime ministers over the last half-century suggests it’s essentially true.

When Pierre Trudeau reluctantly resigned in 1984, his popularity was at a low ebb and electoral obliteration clearly loomed. Indeed, the damage was such that even installing the erstwhile golden boy, John Turner, as replacement leader couldn’t save the party. On Sept. 4, 1984, they were reduced to 40 seats and 28 percent of the vote, the worst-ever Liberal performance up to that point in time.

Brian Mulroney’s legacy to his party was even deadlier. From the 1984 triumph of the largest majority in Canadian history, the party melted away in 1993, winning only two seats and 16 percent of the vote. In effect, it was a death sentence for the old Progressive Conservatives, a reverse from which they never recovered. And while Mulroney himself had retired from office several months earlier, the result was universally perceived as a referendum on his stewardship.

Jean Chretien’s fate was more ambiguous, being pushed out by a revolt within his own party despite having won three consecutive majority governments. But if revenge truly is a dish best served cold, the sponsorship scandal that developed on his watch was instrumental in unhorsing his usurper, Paul Martin, and ushering in nine-plus years of Conservative dominance.

As for Stephen Harper, while it’s too early to say anything definitive about his party’s future prospects, the result was semi-decent for a long-in-the-tooth government. Although they’ve been ejected from office, it wasn’t a debacle on the scale of the post-Trudeau 1984 Liberals or the post-Mulroney 1993 Tories.

Of course, there’s another consideration. Political repudiation may be one criterion for measuring ultimate failure, but it’s not the only relevant measure. How you handled the challenges thrown your way and how you set the table for the future are more important in the long run. For instance, while the U.K.’s Margaret Thatcher suffered the ultimate indignity of being turfed by her own caucus, many of the controversial changes she introduced are still in place.

Applied to Canada, that perspective puts a different spin on things.

Pierre Trudeau’s Charter of Rights and Freedoms fundamentally changed the power relationship between appointed courts and elected governments; Brian Mulroney’s continental free trade and GST had economic implications that are still with us; and by virtue of slaying the chronic federal deficit, Jean Chretien changed, if only for a couple of decades, the way federal Liberals looked at unfunded spending.

Whether significant parts of Stephen Harper’s legacy have the same staying power remains to be determined. Policies such as child care benefits paid directly to parents, GST cuts, and the introduction of TFSAs encourage independence and individual decision making. As such, they’re inherently unfriendly to the Liberal approach of centralized, top-down initiatives where the government decides what’s best for you. And because many of these Harper policies are popular and thus not easy to dismantle, the fiscal running room for the incoming Liberal administration is thereby curtailed.

Bottom line, the tide eventually goes out on all aging governments. And when it does, a hard-nosed, reserved, charisma-deprived leader who eschews the conventional pieties becomes especially vulnerable. So it’s exit Stephen Harper.

Troy Media columnist Pat Murphy worked in the Canadian financial services industry for over 30 years. Originally from Ireland, he has a degree in history and economics.