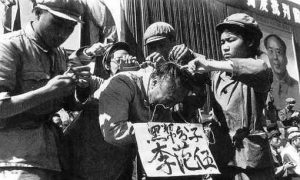 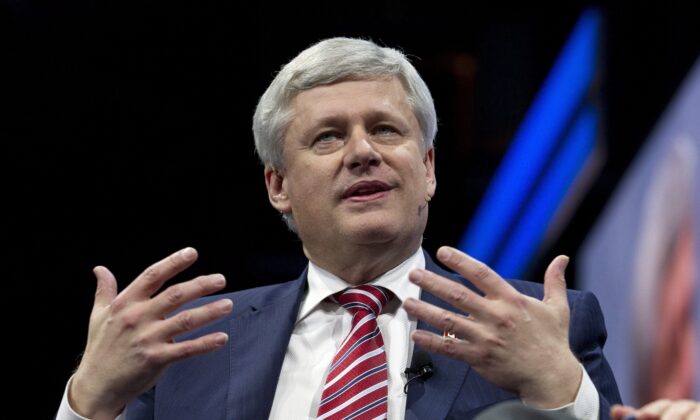 As vaccination rates in Canada and the United States increase, governments should focus on economic recovery but at the same time be wary of the far-left elements in society that seek to tear down Western democracies, says former prime minster Stephen Harper.

“This crisis really has been unique and very different and more complicated than [any] time before. This is a combination pandemic and an economic crisis, the solutions for one often being contrary to the solutions for the other,” Harper said on American Optimist, a podcast hosted by U.S. entrepreneur Joe Lonsdale.

The solution to the post-pandemic economic recovery is to “run strong market-oriented economic policy” to allow the private sector to recover, said Harper, who was prime minister from 2006 to 2015, and successfully steered Canada through the 2008-2009 financial crisis.

He recalled that during the crisis, his government resorted to economic stimulus to stabilize the economy. In the current crisis, however, the government’s approach has been big spending but with “a different purpose.”

“This time, the purpose of the spending has been to sustain incomes without stimulating the economy, so people could stop working,” Harper said. “It’s cost far more money to keep people not working and factories not opening.”

Harper said “bad consequences” will follow if governments seek to maintain this “extraordinary economic policy” that keeps people out of the labour market, with inflation being one of the biggest problems because it will lead to interest rate hikes.

“As soon as you have interest rate hikes you have impacts on investment, and more importantly, all of a sudden, all this quote ‘affordable government spending’ is not so affordable.”

Regarding the spread of “woke culture” in the West, Harper said it poses a threat to the “Anglo American heritage that Canada is a part of.”

“The real problem in the West is not that our prospects are not good. It’s elements in our own countries and our own societies that do not want us to succeed,” he said.

“The modern left, called Marxists often, is not really socialist, it’s nihilist. Its ethics are entirely nihilist and it’s all about ripping everything down. … It doesn’t really matter what their explanation for it is, it’s all bad and it needs to be fought and exposed.”

Contrary to the assumptions of the far left, Harper said Western societies are “sufficiently good at their core” and that the desire to make progress in these societies is always possible.

“I am just fascinated by this notion that is just everywhere now—the so-called woke notion that America is fundamentally a racist country. And yet what I see is all these supposedly repressed races trying desperately to become Americans,” he said.

“The adolescent egos of the woke university crowd is not an alternative governing philosophy for any society.”

Harper said Karl Marx held the view that “his opinions were not opinions, they were science,” and anyone who disagreed with his philosophy was not merely wrong on the issue but going against fundamental scientific facts.

“Because you’re simply arguing against ‘facts,’ then you get to the kind of Soviet-mentality that all dissent is essentially a mental illness, or something that needs to be re-educated and corrected,” he said. “And this has been that crowd’s philosophy”

Harper said if this philosophy is allowed to play out, Western societies are doomed to fail.

“What’s so threatening about … this kind of far woke left is that it’s trying to end the democratic system,” he said. “It’s not just trying to pass big deficits and modern monetary theory and new education system—it’s trying to snuff out any opposition to those things. Its goal is authoritarian.”

But Harper said he still believes “hope will triumph” because the pluralistic nature of democratic societies is capable of self-correction over time.

“I think democracies will prevail, but let’s be under no illusion—we will still only prevail in the end if we make better decisions than they do.”