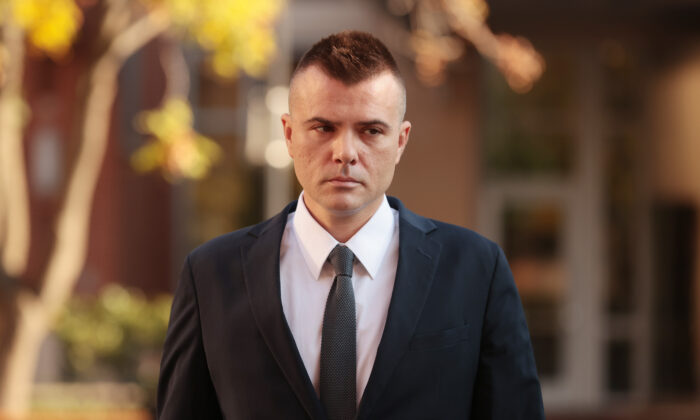 A key source for the anti-Trump dossier paid for by Hillary Clinton’s campaign has asked a federal judge to throw out charges filed against him after he allegedly lied to federal agents about where he got the information he fed the dossier’s author.

Igor Danchenko, a Russian national, says that the five false statement charges were improperly filed because he made statements that were “literally true.”

The charges stem from interviews in 2017 where Danchenko answered questions from FBI agents regarding the dossier.

According to charging documents, Danchenko said at one point that he had never communicated with a U.S.-based public relations expert—identified as longtime Clinton associate Charles Dolan—about any of the allegations in the dossier, but in reality Danchenko sourced at least one of the allegations from Dolan.

Danchenko also lied, according to the documents, about believing that a phone call he received came from a businessman Sergei Millian described in court papers as Chamber President-1 and that the person on the other end told him certain information, and that he arranged to meet the person in New York.

“In truth and fact … DANCHENKO never received such a phone call or such information from any person he believed to be Chamber-President 1, and DANCEHNKO [sic] never made any arrangements to meet with Chamber President-1 in New York,” the indictment states. “Rather, DANCHENKO fabricated these facts regarding Chamber President-1.”

In the new filing, Danchenko says that his answers did not violate the law, which prohibits making “materially false, fictitious, or fraudulent statement or representation” to federal agents or in federal court.

“The law criminalizes only unambiguously false statements that are material to a specific decision of the government. By contrast, literally true or ambiguous statements, even if they are unresponsive or misleading, or false statements about ancillary matters, do not give rise to criminal liability,” Danchenko said through his counsel.

Danchenko sat through numerous interviews with the FBI in 2017, according to the filing. During the interviews, Danchenko did say he didn’t talk to Dolan about specific allegations in the dossier, and that he believed he received a call from Millian, but those were “equivocal and ambiguous answers … prompted by fundamentally ambiguous questions,” the defendant said, asserting the statements “are literally true, and are immaterial as a matter of law.”

The lawyers noted that Danchenko was not among those charged by former special counsel Robert Mueller’s team with making false statements.

The charges against him came from special counsel John Durham’s team.

Neither prosecutors nor the judge overseeing the case, U.S. District Judge Anthony Trenga, a George W. Bush appointee, have responded to Danchenko’s filing.

Danchenko is scheduled to go on trial on Oct. 11.