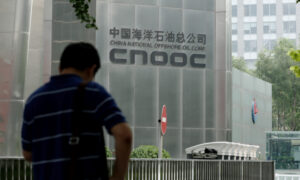 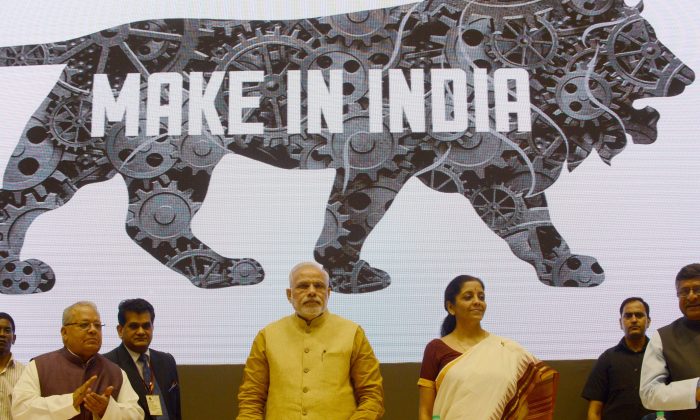 A South Korea-based steel manufacturing corporation has signaled it may be on the verge of scrapping plans to establish a facility in India capable of producing 12 million tons per year.

In a country with relatively few major foreign investors, the decision would deal a blow to the country’s plans to build out much-needed new infrastructure. It also risks signaling to potential investors that India is still not ready to welcome them.

Posco had spent a decade and finally successfully navigated its land acquisition, only to face another setback from a mineral rights policy made by India’s new business-friendly Prime Minister Narendra Modi.

Posco has been seen as one of the biggest potential investors in India, and a pullout despite Modi’s previous assurances that his government would support the steel giant, may indicate that the climate isn’t right for other companies, including American companies, to invest in the South-Asian nation.

Despite significant efforts to court and promote foreign investment, the reality is that Modi’s first 11 months in power have yielded little in the way of new manufacturing investment under his much-touted “Make in India” policy.

To succeed, Modi must navigate his political inheritance and appease the nation’s 96 million farmers who fear losing land, as well as India’s business class that has long resisted outside competition in the world’s largest and most diverse democracy.

What Is ‘Make in India’?

The Make in India initiative was launched by the Modi government in September last year and aims to take mainly agrarian India (nearly 600 million Indians or 53 percent of the population) to new levels of industry.

To encourage growth in this direction, the government has overturned restrictions on foreign direct investment (FDI) in several fields, including defense, railways, and telecommunications, and further aims to amend the country’s land acquisition and labor laws.

In August last year, the Cabinet cleared a proposal to increase the cap for FDI in defense from 26 percent to 49 percent, and completely opened up the publicly owned Indian Railways to foreign investment. Despite this, investment proposals in the defense sector amounted to a paltry $15.3 million based on March numbers, considering the country is poised to spend up to $120 billion in arms acquisition over the next decade.

According to a UN Conference on Trade and Development report, India’s FDI inflow increased by 26 percent (to $35 billion) in 2014. This has been India’s best performance since the financial collapse in 2012, but is still far from its peak in 2008 when FDI inflow was at $47 billion.

Earlier this year, the legislature passed changes to the 1957 Mines and Minerals Development and Regulation (MMDR) Act to encourage private participation in the mining sector, which would replace a system of government allocation with auctions for all minerals other than coal. This applies to the iron-ore rich mines in Khandadhar that Posco wants.

The steel giant has reportedly refused to participate in the auction, and speculations are that Indian steel companies would band together to raise the price. As a result, though Posco has already acquired land to build a plant, it has no access to the raw materials required to produce steel.

In November, during a Korea–India summit, and again in January, Modi assured Posco that the company had his full support. There is, however, little he can do since Union Steel and Mines Minister Narendra Singh Tomar stated explicitly that mines cannot be allocated without auction.

The Modi government has blamed a strict land acquisition law passed by the previous ruling coalition at the center for stalling a number of projects across the country, and seeks to introduce a bill to amend the laws before the end of the Parliament’s budget session in two weeks.

In 2013, the Indian National Congress-led coalition government passed the Right to Fair Compensation and Transparency in Land Acquisition, Rehabilitation and Resettlement Act. Among other provisions, the act made it compulsory for consent to be obtained by 70 percent to 80 percent of affected families for a piece of land to be acquired for public purposes. Before this, acquisition of land was governed by a piece of legislature from the British Raj that allowed the government to seize land almost arbitrarily.

Fortunately for Posco, it was able to acquire land to build a plant before the act was passed. However, the Industrial Infrastructure Development Corporation of Odisha (IDCO), the land acquisition arm of the Odisha government, recently asked Posco to pay an outstanding amount or $8.5 million for the 1,703 acres of land handed over to it, in addition to $3 million toward the net present value of de-reserved forest land.

The company retaliated by not only refusing to pay but also asking for a refund of $1.8 million out of the $2.1 million paid for private land it never acquired due to opposition from the people of the nearby village of Dhinkia.

History of the Posco Deal

In 2005, Posco signed a memorandum of understanding with the Odisha government to incorporate an Indian subsidiary and build a port-based steel manufacturing plant in the state.

The mood until as recently as January this year was optimistic, with Posco officials, including CEO Kwon Oh-Joon, meeting with Modi to discuss investment plans.

The Union government under Modi and the Odisha state government are currently playing a blame game, with Modi’s party accusing the state’s ruling Biju Janata Dal (BJD) of lacking commitment to the project. The BJD blames the Modi government’s amendments to the MMDR Act.

In 2013, Posco pulled out of the state of Karnataka in southern India over delays in land and iron-ore acquisition. That same year, ArcelorMittal, the world’s largest steel company, pulled out of a project in Odisha and as of 2015 is struggling to stay afloat in the states of Karnataka and Jharkand amid commodity price deflation.

Modi’s right-wing Bharatiya Janata Party (BJP), which emerged as the single majority party in the country’s general election last year, had announced plans to bring in amendments that would make it easier to acquire land for public projects and industrial corridors.

The proposed amendments have been met by stiff opposition from farmers and political parties alike, who claim the Modi government is anti-poor. At a rally on April 22 in Delhi by the Aam Aadmi (Common Man) Party, a farmer publicly hanged himself in protest against the amendment.

At the annual general meeting of the American Chamber of Commerce on April 28, U.S. Ambassador to India Richard Verma stated explicitly that India would have to resolve land acquisition issues before any large projects become commercially viable.

However, data from a recent Right to Information query filed in India by Venkatesh Nayak of the Commonwealth Human Rights Initiative indicates that only 8 percent of stalled projects were brought to a standstill because of land acquisition problems.

Unfavorable market conditions and dwindling promoter interest appeared to be the main reasons. The government denies this, and it remains adamant about the necessity of the proposed amendments to reduce the requirement of consent from landowners.

In a sold-out speech at New York’s Madison Square Garden last September, Modi promised to make it easier for American companies to do business in India.

However, Posco’s likely pullout, combined with ArcelorMittal’s dismal fortunes in the country, could dull some of that optimism.