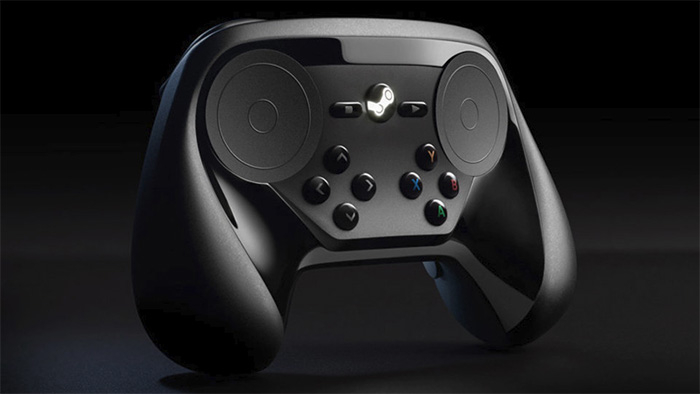 Steam Unveils Upgraded Controller [Pictures of Before and After Upgrade]

Steam has unveiled its upgraded controller featuring more buttons and announced that it will officially demonstrate the controller at the Game Developers Conference, which started today.

The company appears to have taken some of the early criticisms of its controller design and incorporated feedback into the upgraded version.

The two touch-sensitive trackpads remain from the early version that are in the place of analog sticks on most other controllers.

Additions include four new directional buttons, similar to traditional controllers, and four new buttons, “A, B, X, and Y.” The buttons were previously around a center touchscreen display.

A touchscreen display in between the two track pads was replaced with a smaller circular button and two more arrows.

The new controller is designed for use with the upcoming Steam Machines, which were announced earlier this year.

A number of companies are partnering with Valve to develop the machines, including countries from outside the United States.

None of the machines are available for order yet but some are expected out as early as this summer.

A release date for the controller hasn’t been announced yet. See the old version, top, versus the new version, bottom.