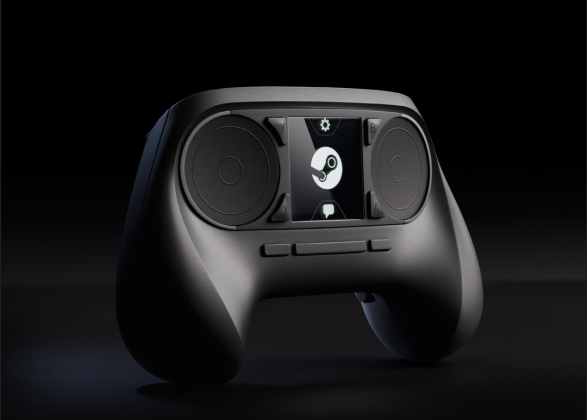 The Steam Controller (above) will be included with all Steam Boxes.
Tech

The Steam Box, or Steam Machines, have been unveiled at the 2014 CES.

Also, Valve Corporation, creators of Steam and DOTA 2,  is releasing their own model and has sent out 300 units for beta testing.

Valve has said that the reason they have teamed up with so many manufacturers is so that users will have a selection and be able to choose exactly the hardware specifications they need. Valve has even said that users can build their own Steam Boxes if they wish, and they will be releasing SteamOS for download (including the source code) sometime in the near future. Also, the machines are designed so that gamers can upgrade them.

For those gamers who do not want to buy a console, Valve has assured that everything Steam for PC will continue to move forward as it always has; Steam will still be releasing PC-compatible games.

Check back with us to stay updated with Steam Machine developments and news.