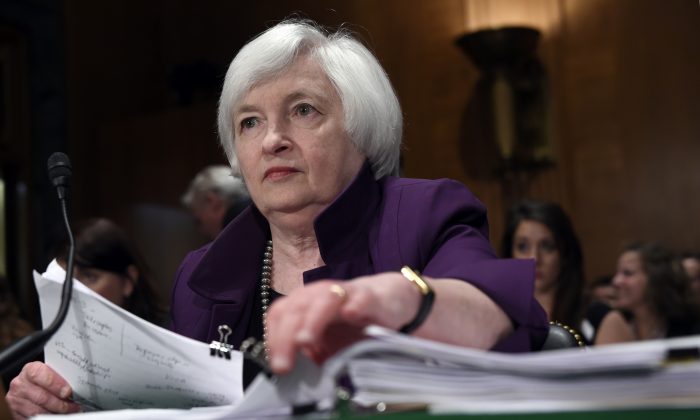 WASHINGTON — A new era of higher rates on home and car loans, steeper borrowing costs for businesses and the government — maybe even a bit more return for savers — is about to arrive.

That, at least, is the word from most economists. After another solid U.S. jobs report Friday, they say the Federal Reserve seems all but sure to raise its short-term interest rate next month after keeping it pinned near zero for nearly seven years.

It would be the Fed’s first rate hike since 2006. And it would end the aggressive campaign the central bank began after the 2008 financial crisis to save a teetering banking system and energize an ailing economy. While it could take months, the Fed’s moves should eventually drive up interest rates for mortgages, auto loans and other consumer and business borrowing.

“The most advertised and anticipated play” is a Fed rate hike in September, David Kotok, chief executive at money management firm Cumberland Advisors, said Friday after the July jobs report showed that employers added 215,000 jobs and that the unemployment rate held at a nearly normal 5.3 percent. “Markets, economists, and analysts expect it.”

Not all of them do.

Some economists argue that a September rate increase isn’t guaranteed. They say Friday’s figures showed that some gauges of the job market remain weak. Pay increases, for example, are still sluggish. And hiring hasn’t been strong enough to draw millions of Americans who’ve given up on their job searches back into the hunt.

What’s more, a strong dollar is hurting U.S. exporters and making foreign goods cheaper in the United States, which could shrink inflation even further below the Fed’s 2 percent target.

“A September rate hike is by no means a done deal,” Chris Williamson, chief economist at Markit, said in a research note. “Low inflation and cooling growth will create powerful arguments against rate hikes.”

Here are three reasons the Fed will likely raise rates when it meets next month — and two reasons it may not.

In the past seven years, the economy has gone from hemorrhaging millions of jobs during the Great Recession to sluggish and intermittent hiring during the first several years of recovery to consistently strong gains.

In the past two years, employers have added a robust average of 235,000 jobs a month. Businesses have added jobs for 65 straight months, the longest such streak on records dating to 1939.

“As long as you’ve got payroll gains above 200,000… this meets the requirement of showing some further improvement in the labor market and strengthens the case for the Fed moving in September,” said Michelle Girard, chief U.S. economist at RBS.

The steady job gains have helped reduce the jobless rate to 5.3 percent from 6.2 percent a year ago and 10 percent in 2009. That’s near the 5 percent to 5.2 percent range that the Fed says constitutes a normal job market. Most economists expect the rate to fall even further.

The proportion of adults who either have a job or are looking for one has also stabilized recently. That suggests that stronger hiring has been the main reason unemployment has kept falling.

Though economic growth is still modest, Fed policymakers need to raise rates from their record lows sooner or later. Rates kept too low for too long could make it hard for the Fed to respond to any future economic slump.

Girard said the length of the recovery also points to a hike in September: “Seven years into an expansion, should you still be sitting at emergency rates?” she said.

All that said, some analysts cite at least two reasons the Fed might put off a rate hike:

American’s paychecks are still growing much more slowly than if the job market were really at full health. Average hourly pay rose just 2.1 percent in July from a year earlier — far below the 3.5 percent to 4 percent pace typical in a healthy economy.

That suggests that employers are still managing to find plenty of workers to fill jobs. And some Americans who have given up looking for work might resume their searches if more good openings were available.

Yellen has flagged this shortcoming: “A significant number of individuals still are not seeking work because they perceive a lack of good job opportunities,” she said in July.

Both figures are far from the Fed’s 2 percent target. Though consumers appreciate low inflation, the Fed wants a little inflation as a guard against deflation, which can drag wages down, make consumers slow to buy and make debts harder to pay off.