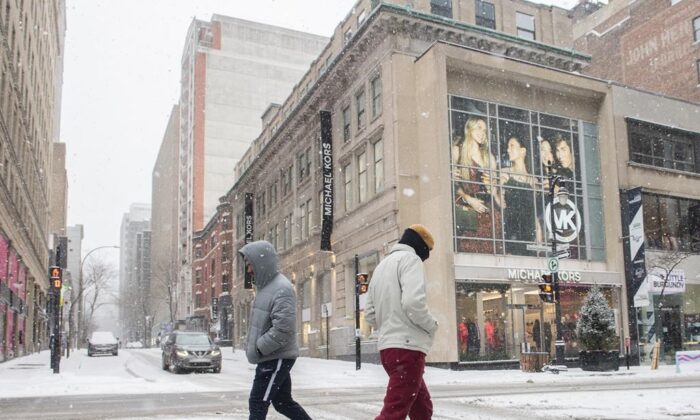 The agency said in its labour force survey that the increase in the number of people working came as the unemployment rate edged down to 5.9 percent compared with 6.0 percent in November.

It was the lowest unemployment rate since February 2020 before the pandemic when it was 5.7 percent.

The report was based on survey results done during the week of Dec. 5 to 11, before the public health restrictions put in place to slow the latest surge in COVID-19 cases.

The highly transmissible Omicron variant has fuelled a massive spike in COVID-19 cases and prompted a return to restrictions in many parts of the country that have forced many businesses to temporarily close or curtail operations.

Stephen Brown, senior Canada economist at Capital Economics, said while the December report was positive, it seems inevitable that employment will fall in January due to the latest round of restrictions.

“The drop in restaurant visits alone is already consistent with a decline in accommodation and food services employment of 100,000, and it is likely that employment across the other high-contact service sectors will also weaken,” Brown wrote in a report.

The overall increase in jobs in December was due to a gain in full-time jobs of 123,000, while part-time employment fell by 68,000 for the month.

Average hourly wages were up 2.7 percent compared with a year earlier.

The gain in jobs in December was driven by the construction and educational services industries.

The construction industry added 27,000 jobs for the month, its first increase since August, however the sector still remains 41,000 below its pre-COVID-19 February 2020 mark.